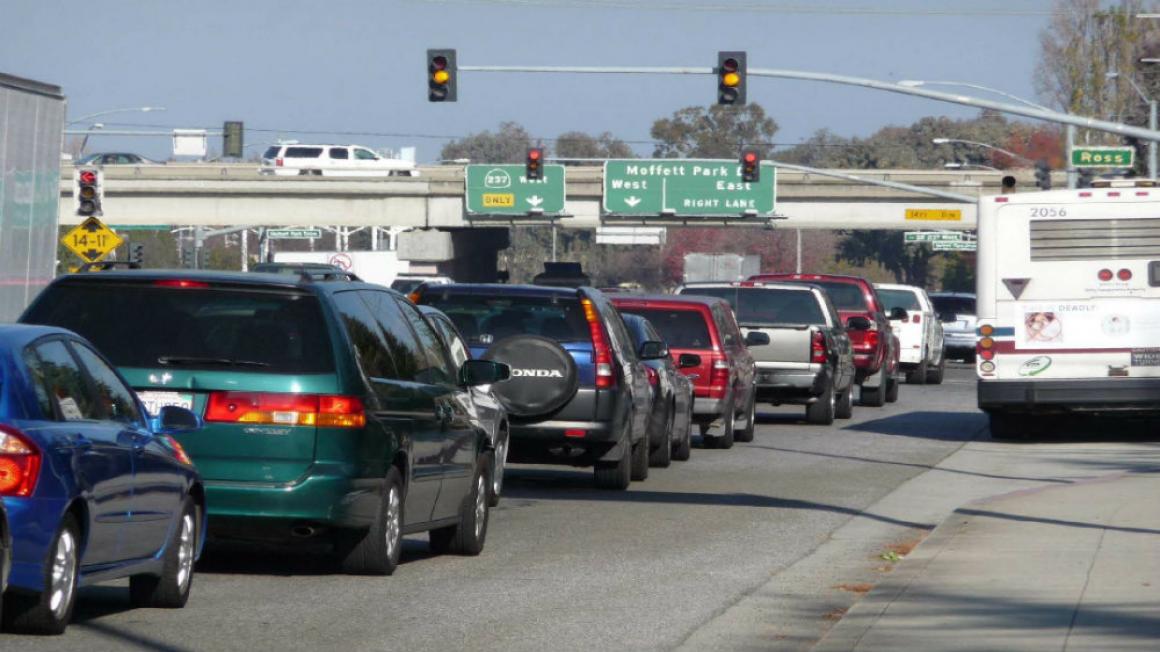 Stepping up to address congestion at one of the most notorious interchanges along State Route 237, the City of Sunnyvale has voted to commit additional funding to advance construction of the Mathilda Avenue interchange.

Dubbed the “Mathilda Monster”, this priority project for both the City and VTA will reconfigure the interchange to improve traffic operations, and include new and improved bicycle and pedestrian facilities for safer and easier access.

The Mathilda Avenue Interchange Project would have been one of the first construction projects to advance under 2016 Measure B – the 30-year, half-cent countywide sales tax to enhance transit, highways, expressways and active transportation. Construction was scheduled to begin in 2018 but has been delayed due to the slow pace of litigation challenging the measure.

Together, VTA and the City of Sunnyvale applied for state grant funds made possible under Senate Bill 1 (SB 1) - the modest increase in the California gas and diesel fuel taxes that is funding much needed transportation infrastructure. This August, the Mathilda Avenue Interchange Project was awarded a $17 million grant which requires matching funds equivalent to the grant amount (for a total of $34 million).

The vote taken by Sunnyvale councilmembers last night not only increases the City’s financial contribution from $8 million to $25 million, but the City will now advance $17 million in matching funds needed to secure the grant. Without this commitment, the Mathilda Avenue Interchange Project would have experienced further delays while 2016 Measure B funds collected since April 2017 continue to be held in an escrow account.

“I’m proud of the leadership shown by the City of Sunnyvale in stepping up to help solve one of the most vexing traffic problems in our city and the region,” said Mayor Glenn Hendricks. “This example of cooperation between Sunnyvale and VTA should be a model for addressing the region’s transportation issues.”

The project is expected to be advertised for construction in October 2018. Construction is slated to begin in early 2019 and be completed by late summer 2020.

Mathilda Avenue Improvements at SR 237 and US 101