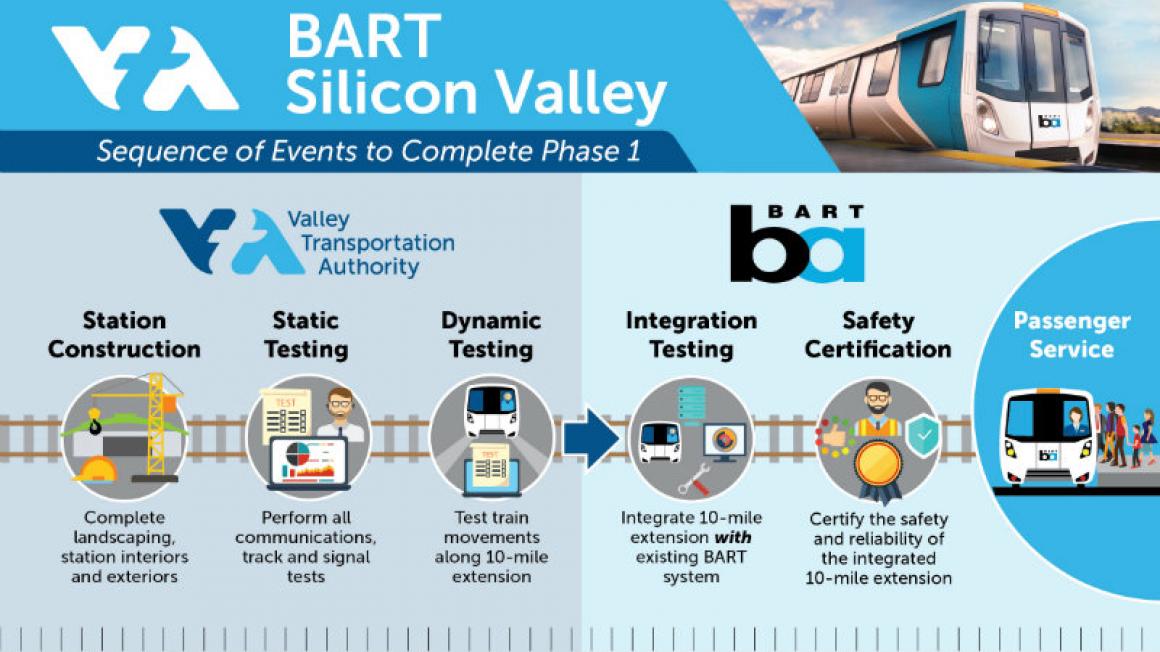 Updated on September 18, 2018 to include additional information and clarifying points made in bold.

On June 12, VTA was informed by its contractor that some of the networking equipment installed to date does not comply with contract requirements and must be replaced. This networking equipment includes hundreds of data control devices, generally referred to as switches or routers. After receiving this information, VTA immediately conducted a security assessment to determine the full nature and extent of the problem identified in June. From this effort, it was determined that approximately 1,100 devices will have to be replaced and retested.

VTA began making every effort to replace the parts in an expedient manner and mitigate the schedule impacts to the maximum extent possible. In that regard, VTA has established a joint VTA-BART technical experts team who will oversee the assembly, installation, and testing of the networking equipment. In addition, replacement equipment has been ordered and some has already been delivered. This replacement and testing program has already begun and is expected to continue through the end of this calendar year.

BART also supports this plan of action and has provided input on the impact it will have on the schedule, after having a similar situation, on a smaller scale, occur on their E-BART extension to Antioch. Close to 125 parts were deemed "used", or pre-registered, which caused BART to have to replace and retest before opening the new line.

VTA has reassessed the schedule risks moving forward and requested an extension to the Federal Transit Administration reflect the start of passenger service no later than December 31, 2019.

Project delays have resulted from various circumstances, including some beyond VTA’s control, however, we are taking the appropriate measures to mitigate the delay wherever possible, and will continue to look for potential ways to accelerate the start of passenger service.

In addition, VTA is evaluating all of its rights and remedies with regard to this issue. Because the facts are still being gathered and evaluated, however, we are not yet prepared to define what actions may be taken.

VTA would like to assure the public that it remains committed to completing the BART Silicon Valley Berryessa Extension Project and begin service for the public as early and as safely as possible.  At the beginning of next year, when more activities and testing are completed, we will be able to better determine an opening date.