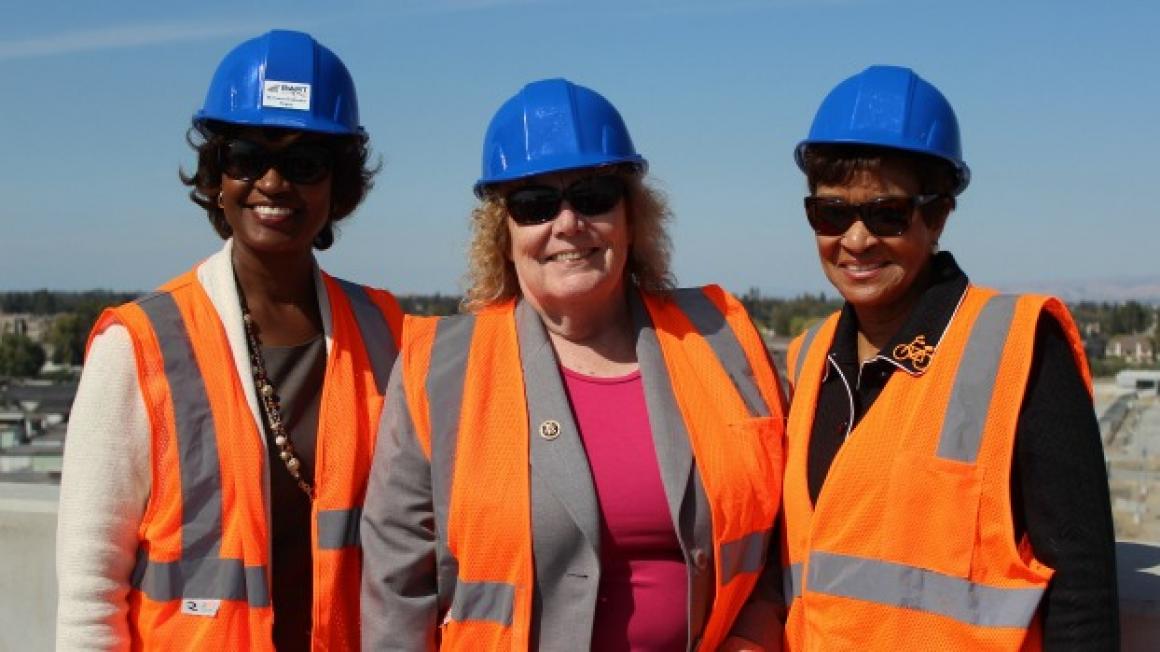 Carolyn Flowers, the Acting Administrator of the Federal Transit Administration (FTA), could not have been more impressed by the progress she saw at the soon-to-be-completed Milpitas and Berryessa BART stations.

During her visit to Silicon Valley on Oct. 11, she signaled federal support for VTA’s BART Silicon Valley Extension as she announced a $1.5 million grant to support comprehensive planning projects that improve access to public transit, in line with VTA’s vision to bring BART Phase II to downtown San Jose and Santa Clara. The funds are made available through FTA’s Transit-Oriented Development Planning Pilot Program for communities that are developing new or expanded mass transit systems.

Flowers called the grant funding for BART Phase II an important step because it demonstrates FTA’s confidence in the project and commitment to providing more financing in the future. Federal matching funds for local transit projects are not easy to come by because of budget constraints and intense competition from other transportation agencies.

The scarcity of federal dollars makes local matching funds all the more important because the federal government will only match up to 50% of construction funding for local projects, Flowers said. Consider that the federal investment in VTA’s BART Silicon Valley Berryessa Extension stands at $900 million for a project total of $2.3 billion.

As Flowers viewed the Berryessa BART Station construction from atop the station’s brand new multi-story parking structure, she was impressed by the proximity of transit-oriented housing. "It's a major opportunity for us to see economic development, affordable housing, and other quality of life benefits here," she said.

Rep. Zoe Lofgren joined Flowers on the BART Silicon Valley tour, led by VTA General Manager and CEO Nuria Fernandez. The smart integration of public transit and housing nearby is the key to producing affordable housing and reducing traffic congestion - both critical issues that need to be addressed to keep Silicon Valley’s economy humming, Lofgren said.

System testing of the first 10-mile Berryessa Extension is underway with passenger service planned to begin in fall 2017.