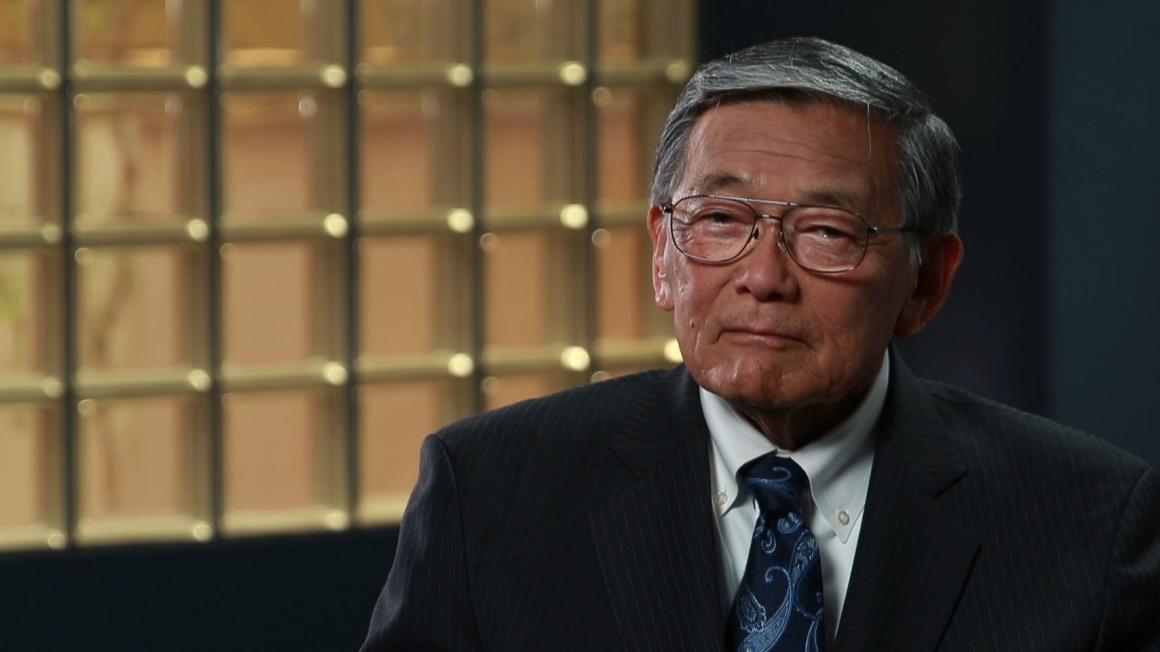 At VTA, we mourn the loss of role model,  leader and champion for public transportation Norman Y. Mineta.  Learn more about the extraordinary life of Norm Mineta here.

The following is from the Mercury News.

By MACK LUNDSTROM and SAL PIZARRO

Norman Yoshio Mineta, who survived internment during World War II, rose to be San Jose’s mayor and Congressman and served as U.S. Secretary of Transportation during 9/11, died Tuesday at age 90 at his home in Maryland.

Mineta built a nationwide reputation over a long political career, as a Democrat who served in the cabinet of a Republican president and as the man who was instrumental in the creation of the Transportation Security Agency. But his story began in San Jose, which named Norman Y. Mineta International Airport in his honor in 2001.

San Jose Mayor Sam Liccardo, who got his start in public service working as an intern in Mineta’s Congressional office in Washington, D.C., when he was 18, said he was saddened by the news.

“San Jose has lost a great champion, and I have lost a deeply admired mentor,” Liccardo said. “Like so many of those fortunate to have worked with Norm, I learned enormously from his calm leadership style, his deadpan humor, and his sincere love for public service.”

If Mineta had a reputation as a cautious congressman, his early years as the son of Japanese-American immigrants interned during World War II provided some reasons.

Any youngster uprooted from mild San Jose, to the extremes of Heart Mountain, Wyo., might well adopt some wariness about his future.

“A lot of what I am today is really that 10-plus-year-old kid who got on that train on the 29th of May 1942,” Mineta said in a 1995 interview. “I had my baseball glove and my baseball and my baseball cap, and as I’m getting on the train the MPs confiscate my bat on the basis it could be used as a lethal weapon.”

His father, Kay Mineta, had based his own livelihood on the prudence of his customers. The elder Mineta had been operating an insurance agency in San Jose for more than 20 years in 1942 when the family was ordered to internment camps at the onset of World War II.

Young Norman fell right in step after the war. He graduated from San Jose High School and then from the University of California-Berkeley — as a Republican, his older sister, Helen, said before her death in 1996. With a two-year Army hitch as a ROTC lieutenant behind him in 1956, Norm Mineta returned to San Jose to sell insurance and become involved in local politics.

He became a Democrat and began to build a constituency — as president of the Japanese American Citizens League, as a San Jose Human Relations commissioner, as a member of the Santa Clara County grand jury and then the county Democratic Central Committee.

In 1967, Mineta became the first person of color to serve on the San Jose City Council. He was 35 years old; the council had been around for 117.

“I feel a great deal of responsibility to other Japanese-Americans,” he said, “but I didn’t advance race as a reason for being appointed.”

If race was a factor in 1971, when Mineta ran for mayor, it was not negative. With 32 others in the contest, Mineta avoided a runoff and captured 62 percent of the vote for outright election in the primary. He was the first Asian American to lead a major city in the United States.

His tenure gave a glimpse of his future as a mass transit advocate. He pushed unsuccessfully to persuade Santa Clara County voters to join the Bay Area Rapid Transit District. “Every time we widen a road,” he said, “all we do is add three cars — we’re moving cars, not people.'”

As mayor, he advocated moving San Jose City Hall back downtown, building an arena-convention hall and enacting a gun-control ordinance.

After three years as mayor, Mineta moved on to Congress and served for 20. “I’ve enjoyed every minute of it,” Mineta said in an interview. “The kind of excitement and exhilaration I got coming to work on the 13th of January 1975, I still find today.”

He served on committees regulating highways and airlines and rose to power as chairman of the House Public Works and Transportation Committee. He took care of his district, with federal funds for such creations and add-ons as Highway 237, the Guadalupe Parkway, San Jose International Airport, Santa Clara County’s light-rail system, the San Jose-Santa Clara Water Pollution Control Plant and the Guadalupe River Park.

He also carried the legislation that compensated Japanese-Americans who were sent to internment camps during World War II.

Its passage at the end of the ’80s provided a high point for the decade, and many said, the high point of Mineta’s career. Still, the decade had also taken a toll. Mineta had survived surgery for lung cancer. He and his wife of 27 years, the former May Hinoki, had divorced. He encountered critics who said he had missed his chance to move into power in the Democratic party.

“I am cautious,” Mineta said in 1989. “First of all, my upbringing was that if you’re a nail sticking out, you’re gonna get hit. I think Americans of Japanese ancestry basically were told that. You keep a low profile.”

Mineta married Danealia Brantner, a United Airlines flight attendant, in 1991 and seemed set to solidify his position of legislative power when Republicans gained the majority in Congress in the 1994 elections. Mineta lost his chairmanship, and then in 1995 he decided to quit.

“I’m not leaving because of dissatisfaction,” he said in announcing that he would become a vice president of Lockheed Martin Corp. “I came here with the excitement of doing my job as a member of the House. Now I’m closing that chapter and going on to something else with enthusiasm.”

That turned out to be appointment as Secretary of Commerce during the final months of the administration of President Clinton, the start of a another chapter in his political career. President George W. Bush appointed him U.S. Secretary of Transportation after he took office in 2001 and he served in that role until 2006. He later worked for Hill & Knowlton, a public relations company, and was vice chairman of L&L Energy.