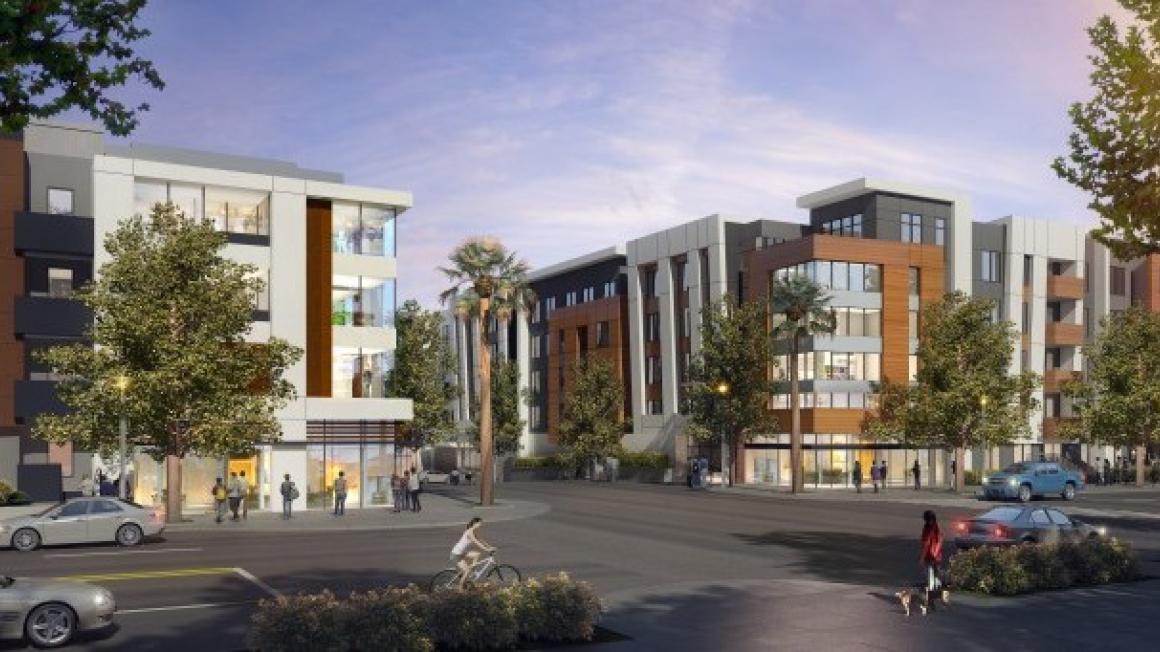 VTA’s Transit Oriented Development project at Tamien is the recipient of an extraordinary state investment to the tune of $29 million to advance affordable housing near public transportation.

The Tamien Station development is one of VTA’s original transit-oriented development projects which includes housing, office, retail, and other amenities to provide a walkable neighborhood located within ½ mile of quality transit. The project is currently underway.

UrbanCO, the developer building the housing and retail project on VTA-owned land, will receive 18 million dollars for the construction, which includes 569 housing units, 136 of which will be available at below market prices. The development will also feature 3000 square feet of commercial retail space. The project sits on 6.69 acres of property near the Tamien VTA Light Rail and Caltrain stations. TOD projects planned on VTA-owned property that can be leased for development.

The grant also includes $1.265 million to subsidize transit-related amenities at the location, including new bus shelters, improved lighting, and bike lockers at a new transit plaza on the eastside of the station. Those amenities installed by the developer but will be operated and maintained by VTA enhancing the station with safety improvements for transit riders, bicyclists, and pedestrians.

An additional $10 million will fund other transportation projects and improvements that benefit our region. Caltrain will receive $7.35 million to purchase two new electric trains. The City of San Jose was awarded $1.385 million to fund transportation improvements such as bicycle and pedestrian safety improvements. And $250,000 will go to Safe Routes to Schools programs in local neighborhoods.

AHSC is part of California Climate Investments, a statewide initiative that invests billions of dollars to help reduce greenhouse gas emissions, strengthen the economy, and improve public health and the environment — particularly in disadvantaged communities.