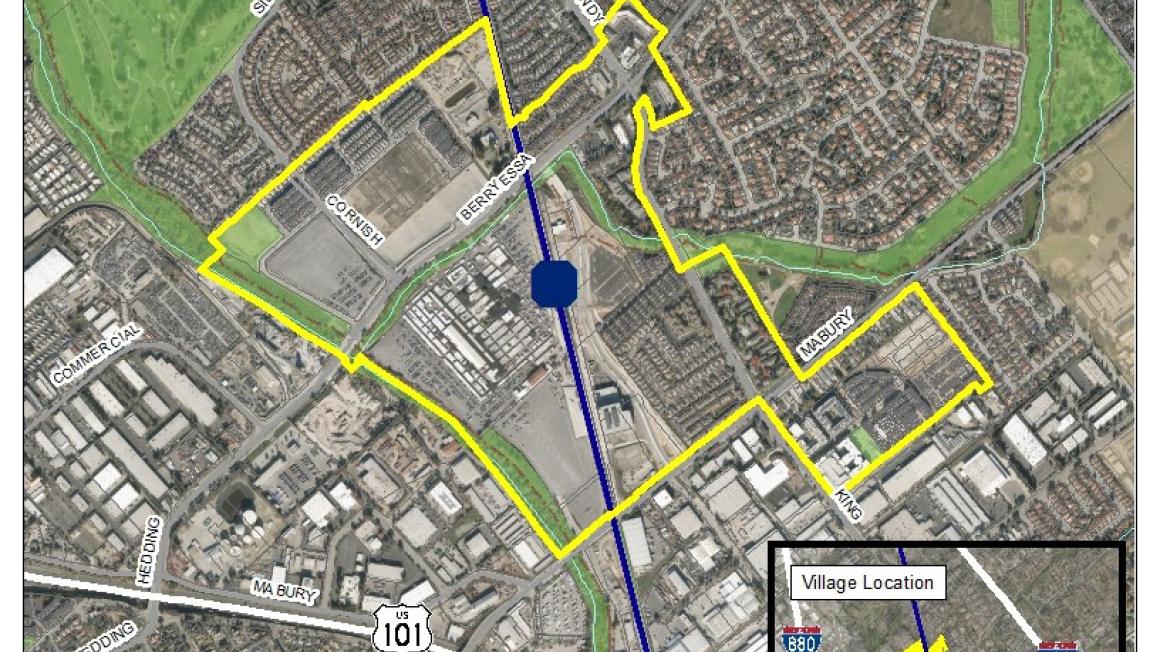 Here’s your opportunity to find out more, and weigh in with your opinion, about plans to develop land near VTA’s Berryessa BART station with mixed-used commercial and residential properties.

The plan is known as the Berryessa BART Urban Village Plan. The City of San Jose is hosting a public workshop Thursday November 15 (tonight) from 6 – 8:30 at the Berryessa Community Center, 3050 Berryessa Rd, San José.

VTA-owned land is part of the property included in a transit oriented plan to allow people to live and work near public transit services. In addition to BART service from the East Bay, the Berryessa BART station will be a hub for VTA bus service to destinations throughout San Jose and Santa Clara County.

Tonight’s workshop is one in a series planned to get community input on the design of the Urban Village near the Berryessa BART station.  According to the City of San Jose, the Berryessa site is the first regional transit urban village plan to be developed in San Jose.

The goal of VTA’s Transit Oriented Development program is to provide a long-term, stable source of revenue for VTA through ground- leasing of property through an open and competitive development process.  In addition, VTA’s objectives are to increase ridership with easy access to transit to and from work and home.

In addition to the public workshops on the Berryessa Urban Village plan, you can provide feedback through an online survey created for facilitating broader public input.