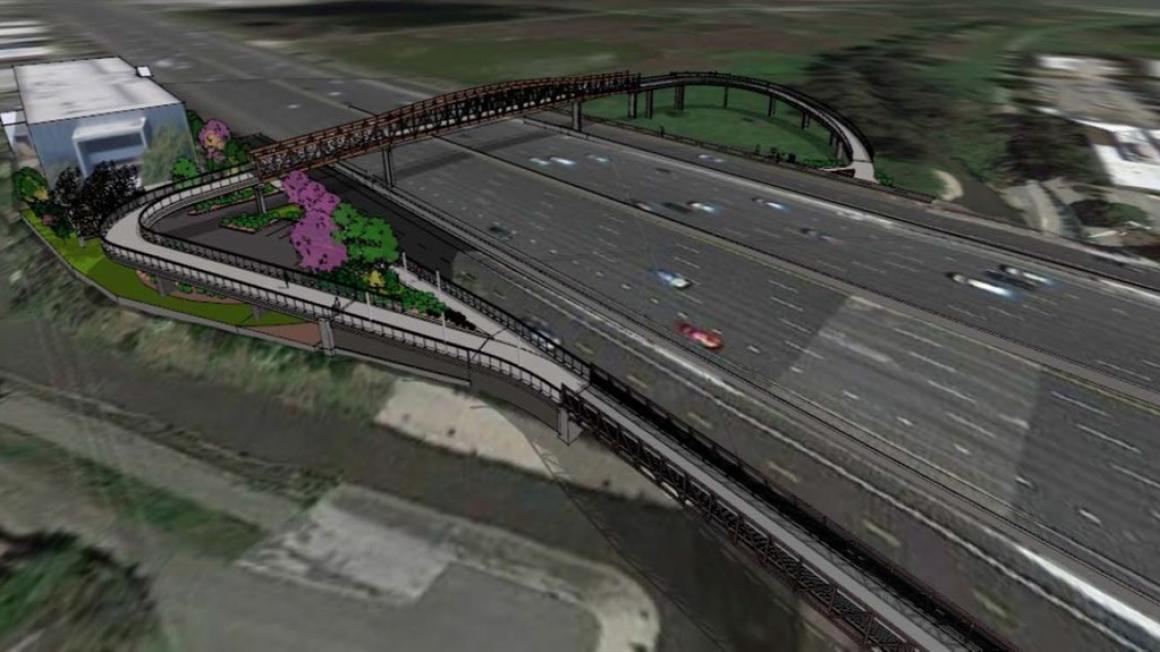 The celebrated opening of the new Highway 101 pedestrian/bike bridge at Adobe Creek in Palo Alto included a host of supporters, including those who helped provide the resources to get the job done. The bridge officially opened to the public Saturday, November 20, 2021. 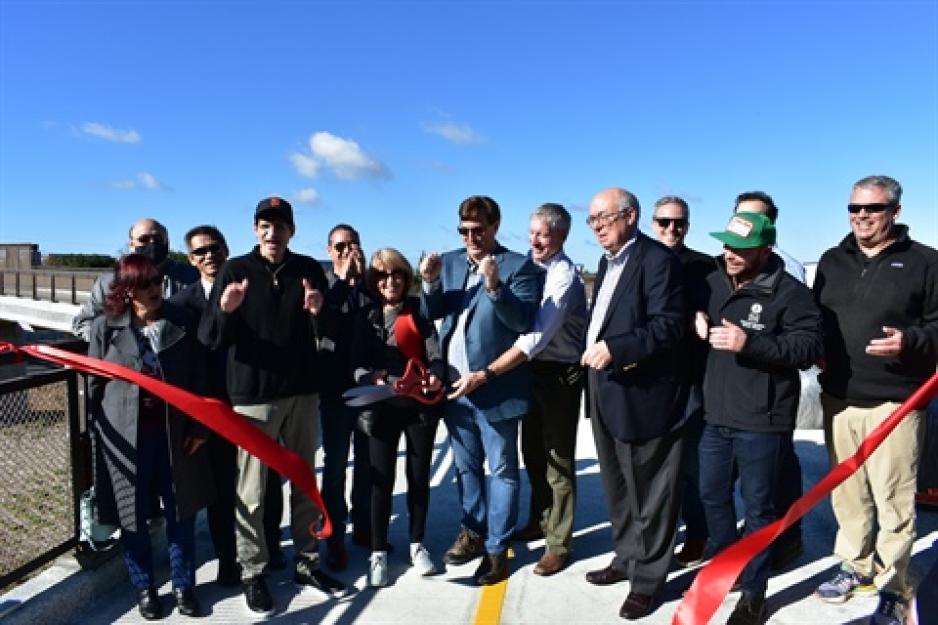 VTA awarded the city of Palo Alto federal funds for its construction from the One Area Bay Grant (OBAG) Cycle 1 competitive program. The VTA Board of Directors approved the funding on June 6, 2013, but it hit a bump in the road in 2015 when the California Transportation Commission sidelined several approved projects because of a funding shortfall.

VTA set aside those funds from the OBAG Cycle 2 program, guaranteeing the project would move forward. And the final award amount from the OBAG program was $4.35M.

"This award was approximately 40% of the project’s construction cost. These funds helped the City leverage additional funds in order to complete construction" said Celeste Fiore, Transportation Planner for VTA. 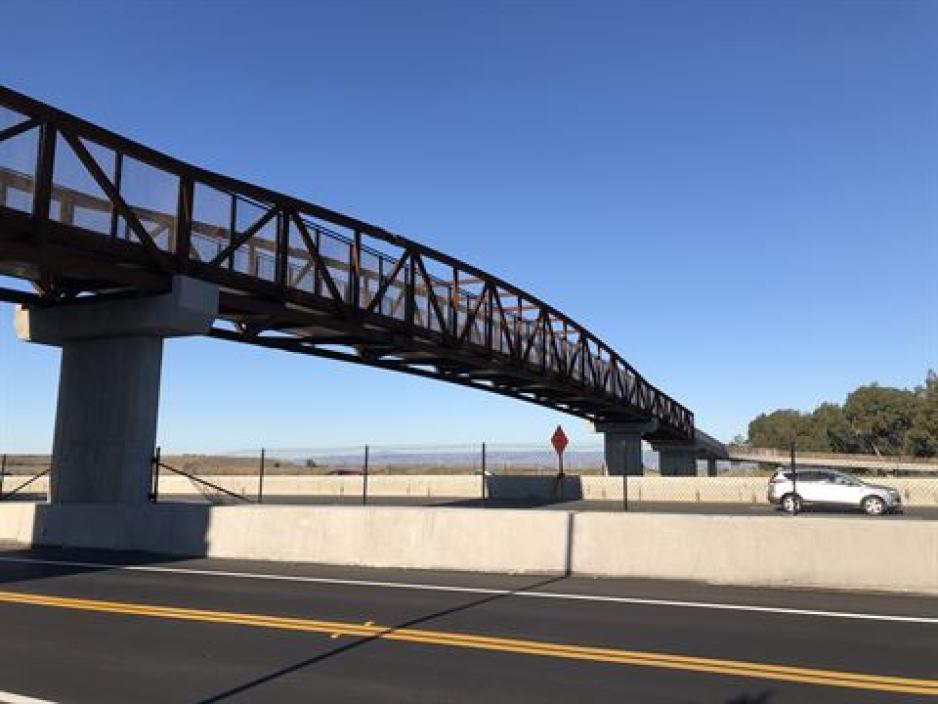 The new bridge makes it easier and safer for bicyclists and pedestrians to get to Byxbee park, the Baylands Golf Links, the Baylands Nature Preserve, and the San Francisco Bay Trail,  among other outdoor amenities. It is located at Adobe Creek near the city's southern border, and it is one of the most critical projects within the City of Palo Alto.

It provides year‐round overcrossing of Highway 101, unlike the Leftkowitz Tunnel, which was a seasonal underpass. It took a year and a half of construction with 13 million pounds of concrete, one million pounds of structural steel, and 7 thousand feet of electrical and fiber optic cable to build the bridge. It is  1,400 feet long with a 12-foot-wide pathway from the West Bayshore Road landing to the East Bayshore Road landing. Before this new bridge, the closest adjacent highway crossing (San Antonio Road) required nearly 2 miles of out‐of‐the-way travel along busy arterials that lacked bicycle lanes and sufficient sidewalks.

The City of Palo Alto anticipates 74,000 people will use the bridge, which will provide safe passage between the San Francisco Bay Trail/Baylands Nature Preserve and the East Meadow Circle/Fabian Way sub‐area adjacent to West Bayshore Road. This is a critical connection for the City's Bay to Ridge Trail Program, supported at a regional level with Stanford University, the City of Mountain View, and major employers, including Google.

In fact, it will be an essential commuter route for many who live in southern Santa Clara County and bike to work in Palo Alto and Stanford University along the Bay Trail. And it provides local access for the existing mix of employees, seniors, and daycare children who occupy nearby buildings.