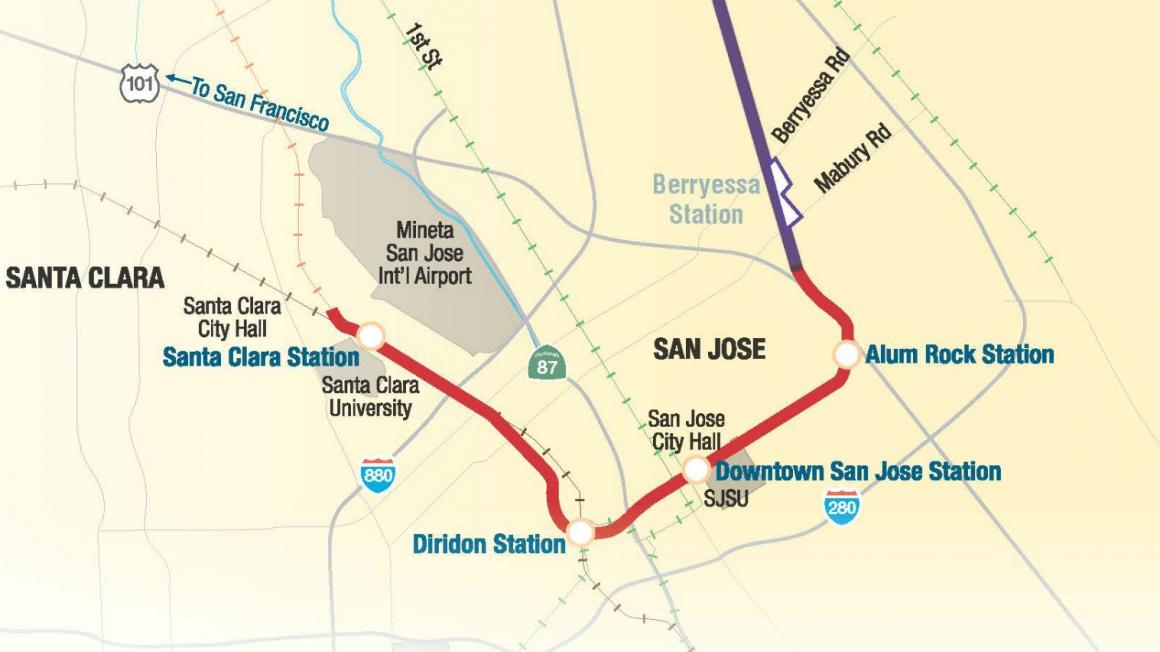 VTA has been chosen as the first transit agency in the nation to begin discussions regarding a leading-edge federal funding pilot program.

“This project is one that is very innovative and so we are very excited to move to the next level with VTA on that project,” said FTA Acting Administrator K. Jane Williams.

VTA’s BART Phase II Project, which continues the heavy rail extension from North San Jose into Downtown and Santa Clara, was among seven projects across the country to vie for participation in the FTA’s new pilot program designed to fast track major transportation infrastructure projects.

VTA’s BART Phase II Project will employ cutting-edge single bore technology to construct the 5-mile underground subway through downtown San Jose. VTA submitted a proposal in November 2018 to be considered for the expedited funding to assure the project can proceed as planned.

VTA is excited to work with the FTA over the next year toward meeting the requirements for federal funding.