You Can't Beat a Train 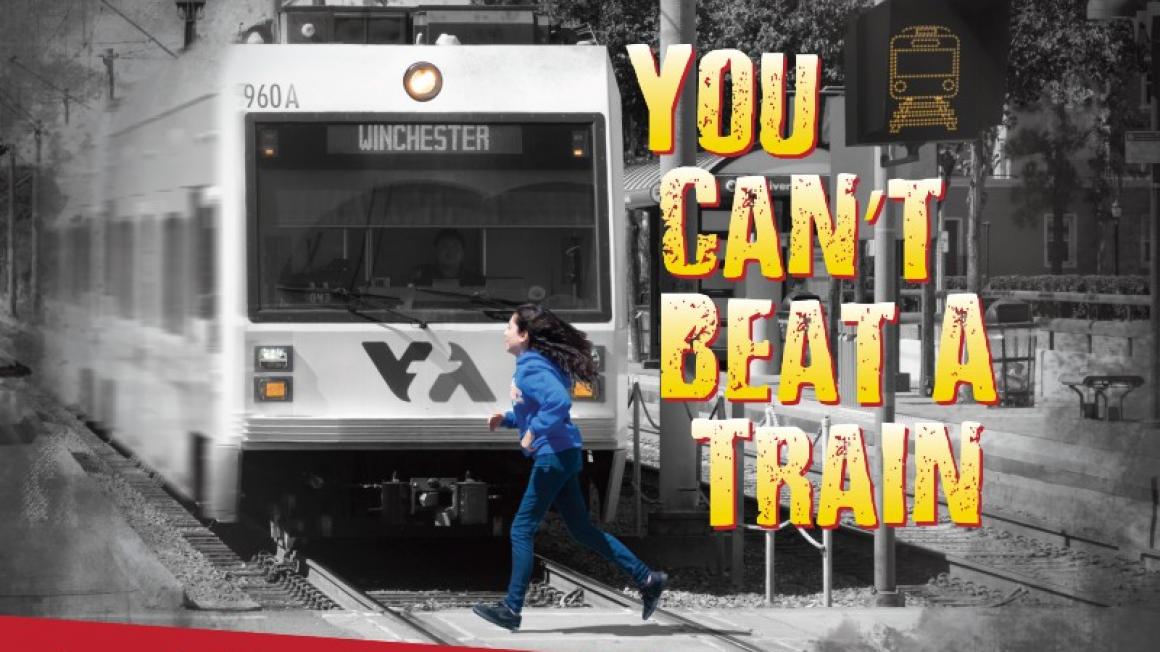 However, our light rail operators are noticing an alarming increase in students and other pedestrians or bicyclists deliberately ignoring safety precautions in place at light rail crossings. Also, people are increasingly looking at their smart phones, wearing ears buds or headsets, and simply not paying attention as they approach VTA light rail tracks.

One of those incidents occurred at the light rail crossing near Del Mar High School, involving a summer school student. The other happened at the Diridon Light Rail Station.

In both cases, warning lights and bells were working and crossing gates were activated to keep people from crossing the tracks as trains approached. In both cases, those protections were ignored and serious injuries occurred.

In recognition of Rail Safety Month, in September, VTA is asking you to share an important message to help save lives.

The message is “You can’t beat a train.”

VTA bus and rail operators go through extensive safety training to operate their vehicles, but these vehicles weigh 50 tons, and they cannot stop on a dime.

Pedestrians, bicyclists and other drivers must be aware they share the roads with these massive trains, as light rail tracks are on the same grade level as streets.