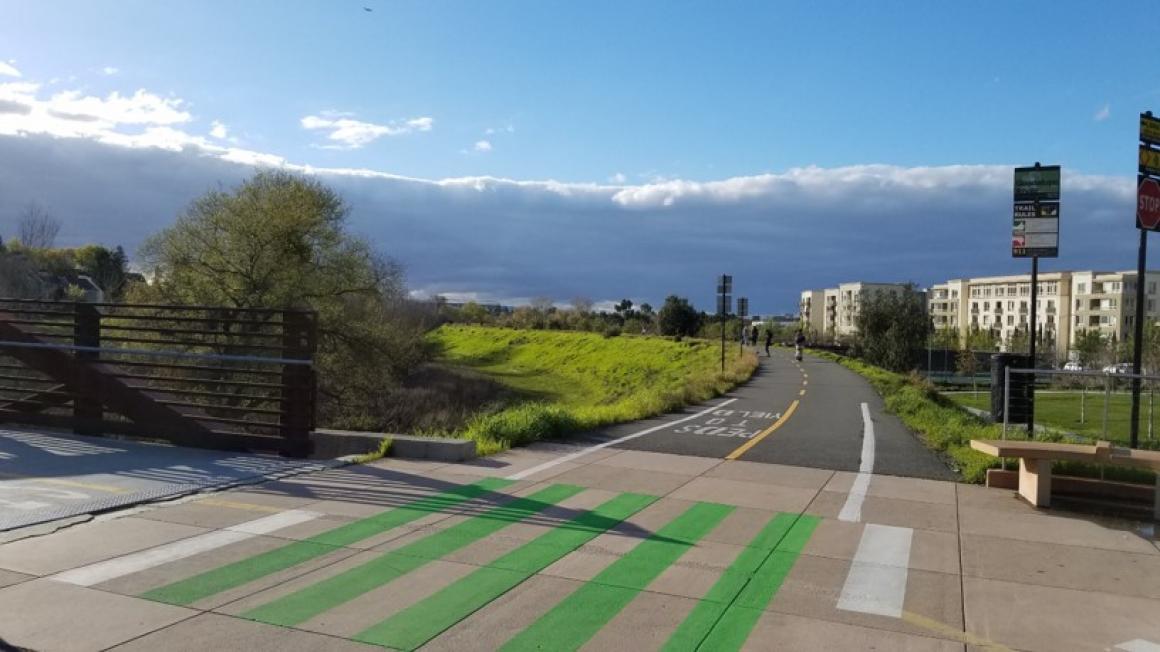 You can now get a close look at Santa Clara County’s first Bicycle Superhighway Implementation Plan to find out how bike travel across the region will improve in the future.

This past June, the VTA Board of Directors adopted the Plan to assist local agencies and VTA in funding, planning, designing, and building the superhighway network. The Plan was originally available in a Word file and has since been reformatted and now available for viewing through the vta.org website here: https://www.vta.org/programs/bicycle-program.

Bicycle superhighways are high quality, uninterrupted, long-distance bikeways separated from motor vehicles that traverse the county. The bicycle superhighway network will allow people to travel quickly from city to city by bicycle in much the same way the County Expressway System allows people to travel quickly across the county by car. The bicycle superhighway network will consist of a network of high-quality, low-stress, on-street bikeways and separate trails. When properly designed, bicyclists using those routes typically experience less delay due to fewer at-grade crossings with the street network, or signal priority at intersections.

The Implementation Plan identifies 17 priority corridors and describes the status of those pathways. It also summarizes active implementation efforts and provides planning-level cost estimates for building out remaining segments.

Caltrans (The California Department of Transportation) is working on a similar concept to identify bicycle superhighway routes that can be installed within Caltrans rights-of-way. Additionally, AB 1147 (Friedman) would establish a branded network of bicycle superhighways within two areas of the state and have a separate funding source, so bicycle superhighways won’t have to compete with local bicycle funding. That bill is on Governor Newsom’s desk.

The Bicycle Superhighway Implementation Plan will be updated roughly every two years as projects move through implementation, so when facilities are installed, they will be removed from the plan and new routes will be added.

VTA will begin working with local cities to identify which projects to start the next phase of implementation. Stay tuned!