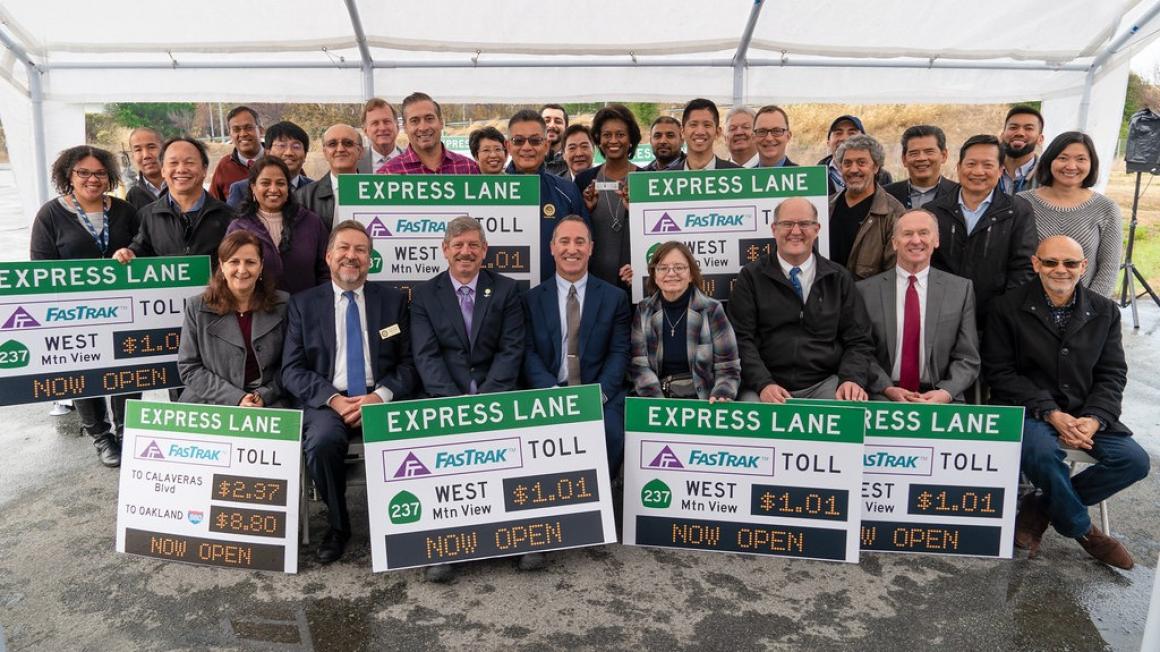 Even on a rainy Wednesday morning, there was a strong turnout to celebrate the opening of the newest extension of the Express Lanes on SR 237 through San Jose, Santa Clara, Sunnyvale and Milpitas.

The 7-mile extension, from North First Street in San Jose to Mathilda Avenue in Sunnyvale, extends the first phase of Express Lanes which began operation in 2012 on SR 237 from Dixon Landing Road to North First Street. Phase one was the first such project in Santa Clara County, the second in the Bay Area.

“We blazed a path in legislation to be able to build and operate these lanes and, along with our neighboring counties, this network of opportunity continues to expand with lanes now operational along 580 and 680,” said VTA General Manager and CEO Nuria Fernandez. “The 880 corridor is not far behind, planned to open next year and more express lanes along US 101 will then follow.”

Express lanes are intended to help free up congestion when drivers pay a fee to use the lanes to escape the more crowded freeway lanes. One of the most important things to know about this new phase of express lanes is that everyone, even clean air vehicles, must have a FasTrak transponder to use the lanes.

VTA Board Chair and Santa Clara City Councilmember Teresa O’Neill reminded the attendees what the project’s primary objectives are. “Besides encouraging more people in fewer cars,” said O’Neill, “Express Lanes have three primary objectives, to make the best use of available carpool lane capacity, to provide reliable travel times and options for drivers, and to better manage all lanes to keep traffic moving.”

The gathering took place near the on-ramp at North First and 237 to celebrate this new extension, which has already shown to save commuters up to 20 minutes in travel time.