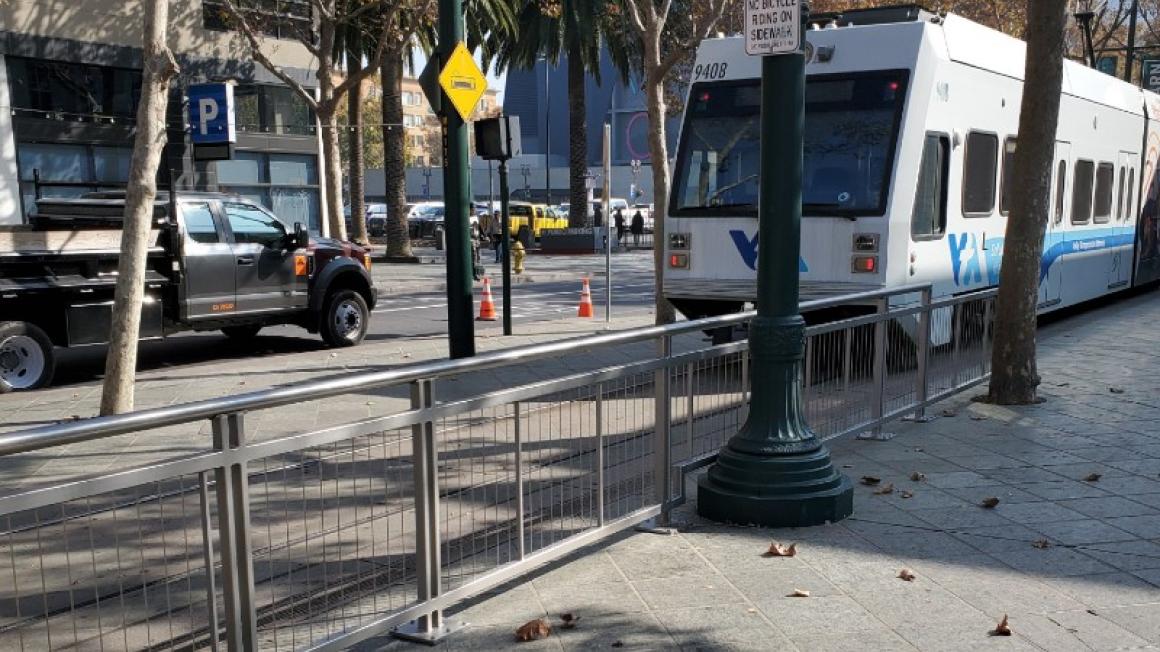 You may notice a new addition near the light rail line on Second Street in Downtown San Jose. A sleek stainless steel railing lines the space between the sidewalk and the light rail tracks along Second St. from San Carlos to San Fernando.

The installation began November 2nd as part of a pilot project VTA is taking on in an effort to reduce the incidents of people walking in front of on-coming trains in the transit mall area, and to allow trains to move more seamlessly along the line.

One of the most prevalent complaints we hear about light rail downtown is how slowly it moves, and that’s partly because of the design of the transit mall allowing pedestrians to walk onto the tracks at any given time.  If the railings prove to be useful in keeping a safe barrier between pedestrians and moving trains, it may be possible to increase the speed of trains through downtown above 10 miles an hour in the future. However, the first step to any potential speed improvement would be to improve the safety and reliability of the operations. 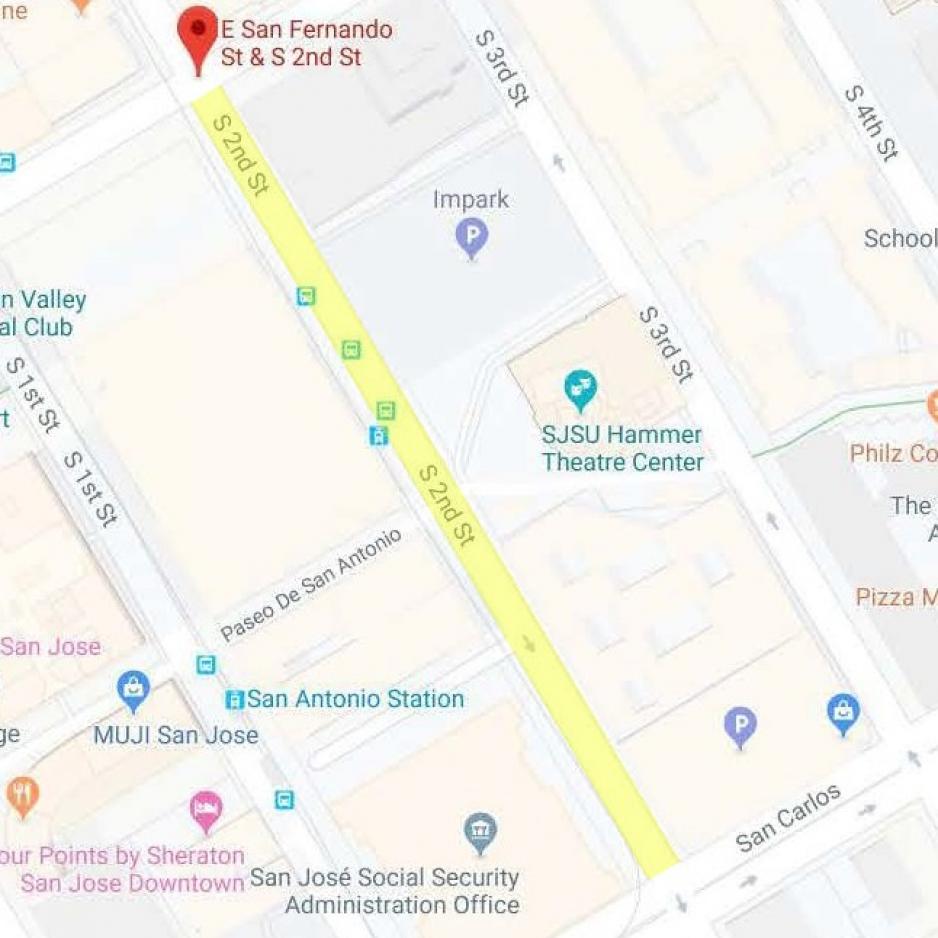 If, over the next six months, the project has the desired effects of enhancing safety and allowing for a smoother trip for trains, we will likely install railings further down the line in the downtown area. They are multi-purpose railings for safety, but they will also feature table tops and bike racks.

Keep an eye out for the railings and feel free to take a little coffee break at one of the cool, new bistro tables!