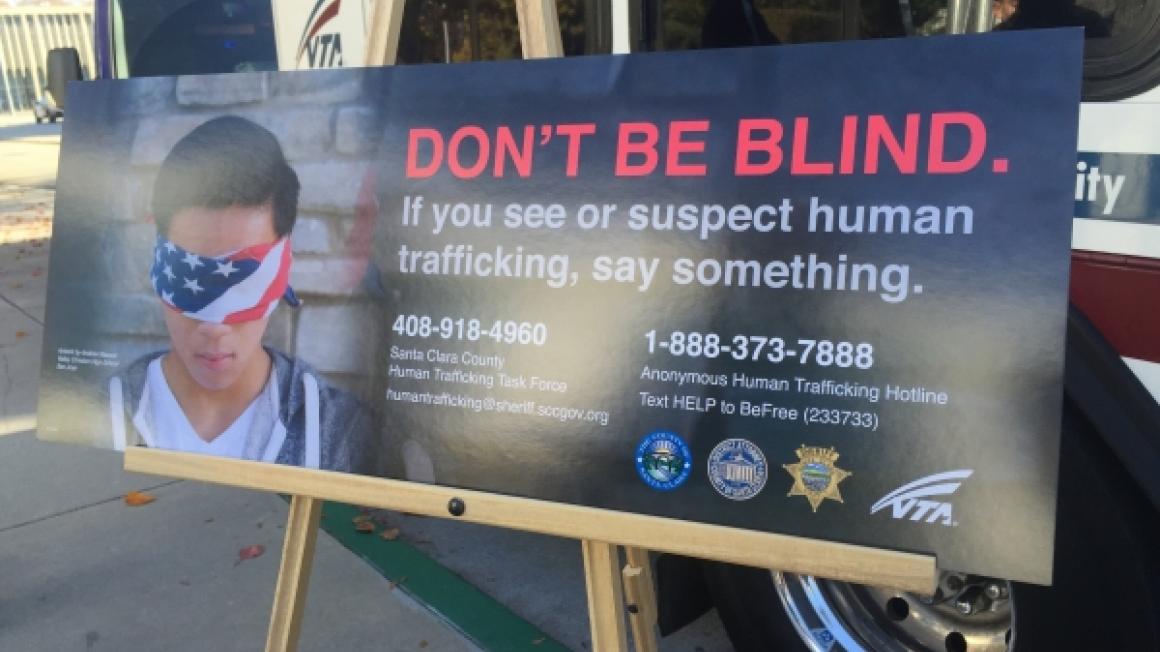 Human trafficking, a modern form of slavery, is the world’s fastest growing criminal enterprise.  After drug trafficking, it is the world’s second most profitable criminal enterprise, grossing more than $32 billion a year. Human trafficking takes several forms but, essentially, it is controlling a person through force, fraud, or coercion to exploit the victim for forced labor, sexual exploitation, or both. Human trafficking strips victims of their freedom and violates our basic human rights. It does not necessarily involve the movement or relocation of the victim from one place to another, however, this is often done to avoid detection or prosecution. California is one of the top destinations for traffickers in the United States, with 43% of all the state’s incidents occurring in the Bay Area.

What is VTA’s Role in Human Trafficking Awareness and Prevention?

In 2015, shortly after the Commission was established, VTA partnered with the County of Santa Clara’s Office of Women’s Policy to train over 700 bus drivers and maintenance personnel on recognizing the warning signs of human trafficking. Training continued for all employees, and to date more than 2,000 VTA employees have received the human trafficking prevention training.

It was this training effort that was credited in June 2015 when VTA Coach Operator Tim Watson successfully stopped an incident of child abduction playing out on his bus. A “be on the lookout” notice had just gone out from law enforcement authorities.  VTA’s Operations Control Center notified all bus and train operators that a 3-year-old boy was kidnapped from the Milpitas Public Library.  Mr. Watson recognized the signs of suspicious activity and noticed the description of the little boy. Watson then followed established protocol to quickly alert authorities and Operations Control staff. The suspected kidnapper was quickly arrested, and the little boy rescued.  In addition to his parental instincts, Watson credited the human trafficking training he received from VTA with helping him thwart the abduction.

VTA’s involvement to help fight human trafficking adds to the ongoing efforts to eradicate human trafficking throughout Santa Clara County. As a transit industry leader, VTA recognizes the obligation and responsibility on the front lines to continue to lead by example and will continue in its efforts against the spread of human trafficking.

Please click on the links below to learn more about how we can continue to raise awareness to prevent human trafficking in our community. Or if you or someone you know need help, call 1-888-373-7888 or text 233733.

This article was contributed by Sandra Escalante