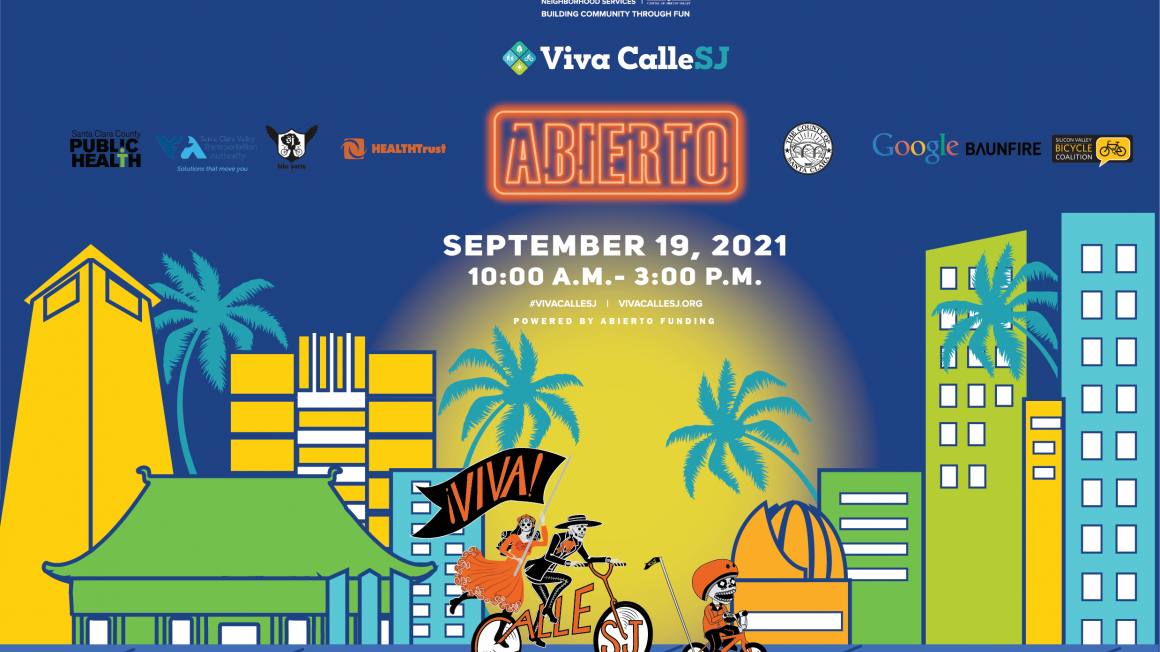 Join us as we Bike, Walk, Skate and Play at Viva Calle SJ on Sunday, September 19! Viva Calle offers six miles of car-free open roads to explore in some of San Jose’s most iconic neighborhoods. 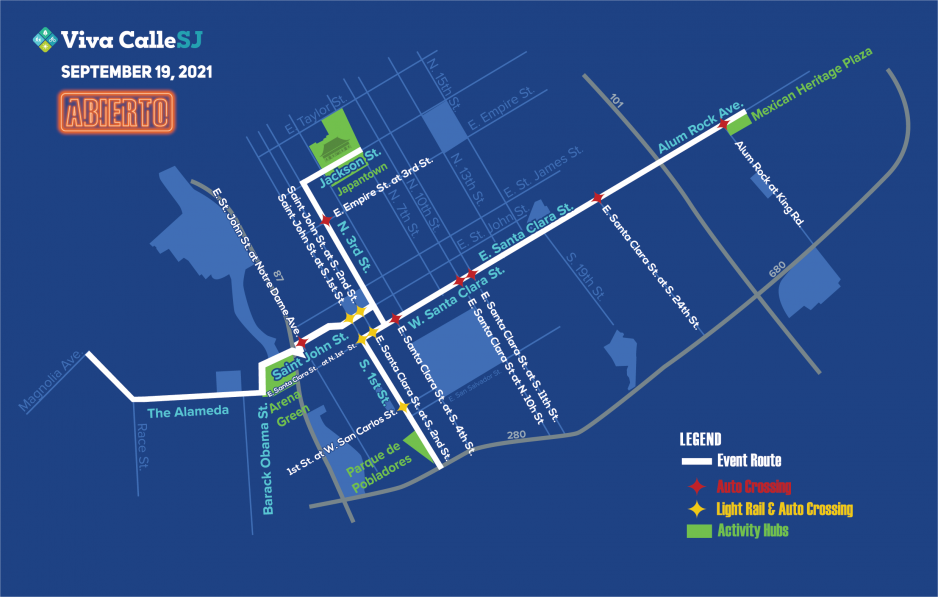 VTA will participate at two locations along the route – the Mexican Heritage Plaza and San Jose City Hall. The event features a 5K run and a fundraiser bike ride benefiting Silicon Valley Bicycle Coalition, followed by festivities at several activity hubs with food, live music, vendors, and fun for all. 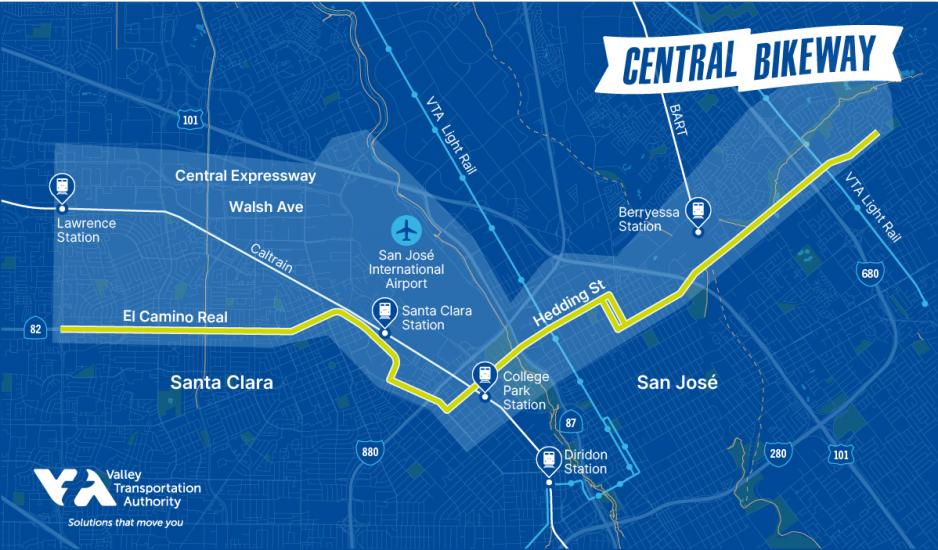 VTA will host a bikeway demonstration at San Jose City Hall. VTA’s Central Bikeway Study aims to create a bicycle superhighway that will provide a connected and safe bikeway between Santa Clara and North San José. Using paint, tape, and trees generously donated by Our City Forest, one block of Santa Clara Street along the Viva Calle route will be temporarily transformed into a bicycle superhighway.

Viva Calle participants are invited to ride through the demonstration and share thoughts on different features. Over the last year, VTA and project partners have solicited input from the community on routes, destinations, desired road/trail features, and barriers to bicycling. Take the Central Bike survey and provide feedback on the top ranked route, responses will be received through October 15.

Remember to Ride VTA to Viva! Click here to find out if your bus will be rerouted during the event. See you there!