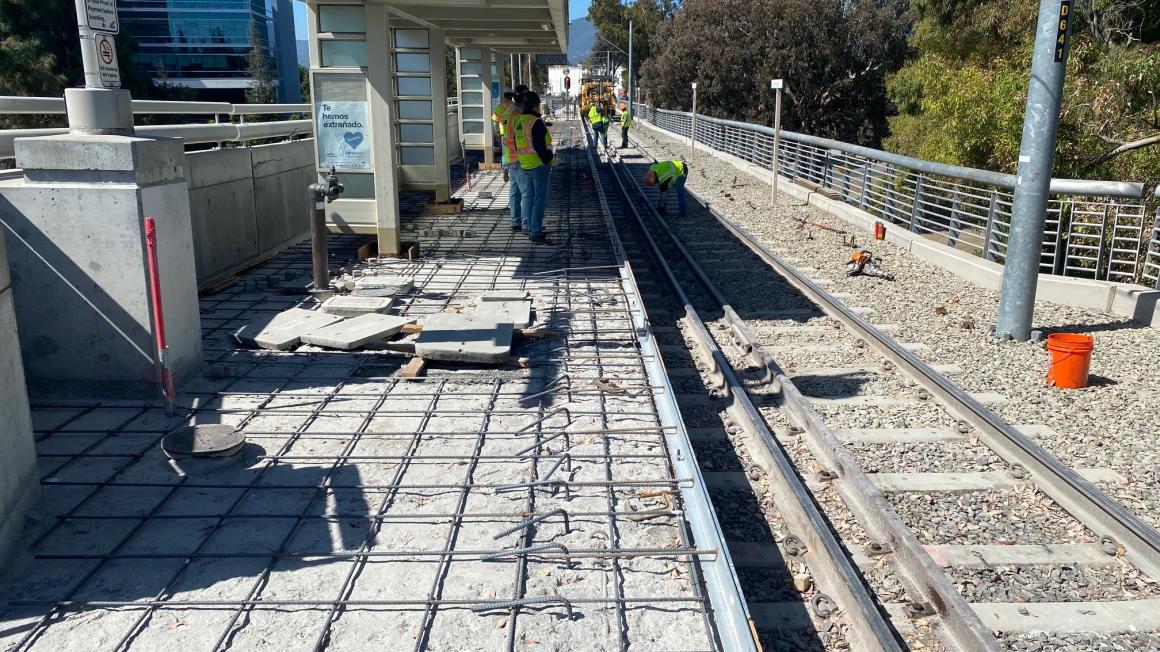 Work has been completed at the Hamilton Light Rail Station with improvements to the track, platform and retaining wall.  The elevated station is at the intersection of Hamilton Avenue and Creekside Way, adjacent to Highway 17 North.

Since the grade-separated station first opened in 2005, there has been some settlement of the dirt embankment, requiring crews to re-stabilize the embankment and retaining wall. This settling over time was expected, in part due to the large amount of dirt infill required to create the embankment.

Periodically if there are any maintenance needs on the tracks, trains are slowed down as a safety precaution to 5- 10 miles an hour through the section in question, until rehabilitation work can be done.

The track and foundation work at the Hamilton Light Rail station began April 24 and lasted until Sunday, May 9.  This is expected to be the last foundation work needed for that location.