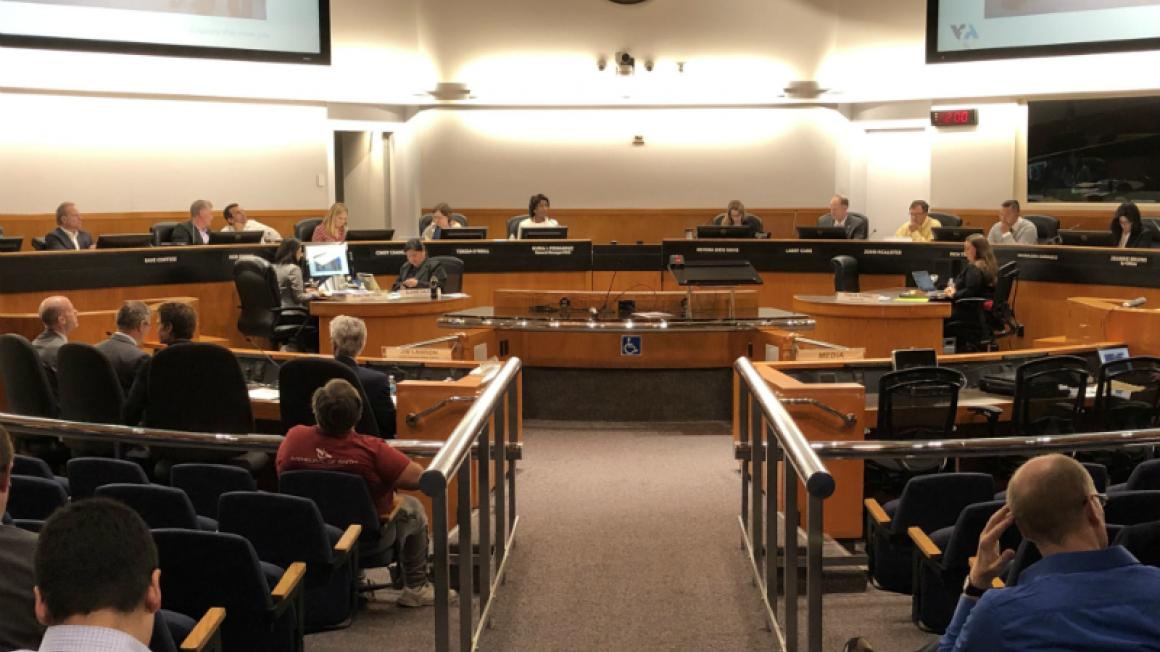 At the June 2, 2016 meeting, the VTA Board of Directors unanimously adopted the framework and funding amounts for a ½-cent 30-year sales tax measure on the November 8, 2016 ballot to help fund transportation priorities.

Tonight’s vote is the culmination of VTA’s Envision Silicon Valley effort – an extensive 18-month public outreach process that began in fall 2014 that gathered input and suggestions on transportation needs from transportation professionals, stakeholder groups and community organizations as well as the public throughout the county.

A 30-year ½-cent sales tax measure is anticipated to generate between $6 billion to $6.5 billion in 2017-year dollars. VTA recommended the ½-cent, 30-year sales tax measure at the April 22 Board workshop which was based on the public and stakeholder input received over the past 18 months, the analysis staff conducted by comparing the Board adopted goals to projects, and the polling conducted by the Silicon Valley Leadership Group.

“Never before has there been such an extensive and inclusive public outreach effort when it comes to putting a potential transportation sales tax before the voters,” shared Cindy Chavez, VTA Board Chair and Santa Clara County Supervisor.

She stated that stakeholders from various interest groups and committees developed goals and evaluation criteria that best address the needs and shared vision of the entire community. “The result of this effort is a package of transportation improvements that any Santa Clara County resident or commuter can identify with, benefit from, and hopefully get behind on November 8th.”

The list of categories and transportation projects that best improve mobility in Santa Clara County were approved as follows:

Transportation projects, especially larger projects, are typically built using a variety of funding sources. One significant advantage of a countywide sales tax is that it provides a local revenue source for obtaining additional funds through regional, state and federal fund sources.

The measure in November will require a 2/3 voter majority to pass.