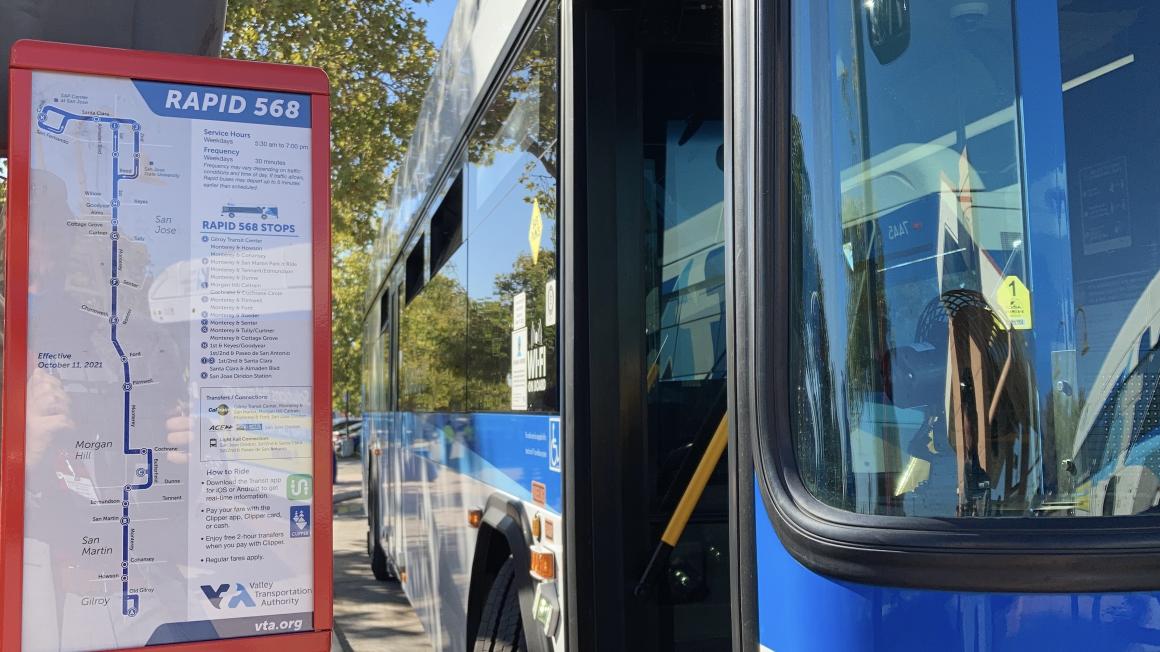 It’s green lights ahead for riders of VTA’s routes 66, 68 and 568 as the City of San Jose prepares to implement traffic signal prioritization along the Monterey Road Corridor.

The San Jose City Council approved a contract for LYT, a provider of intelligent traffic technology solutions, to install hardware and software needed to allow this critical tool for transit reliability.

“VTA has long advocated for signal priority to allow us to move passengers more seamlessly through the county,” said Carolyn Gonot, VTA General Manager/CEO. “We know this innovative solution will benefit not only our customers, but our community.”

In 2019, a pilot program was launched on King Road to test a transit signal prioritization solution. Machine learning and historical traffic data improved transit signal operations along the corridor and reduced conflicting traffic impacts, providing transit speed improvements along the piloted route. Based on the success of this initial pilot program, The City of San Jose granted a contract to implement signal priority  for 120 intersections along the Monterey Road Corridor to provide more efficient service for these routes.

The goal of traffic signal prioritization is a key tool for increasing transit speed and reliability. Sensors detect transit vehicles and then adjust the timing of traffic signals to allow those vehicles to travel with less stops along the way. Less time at red lights means better reliability. In the long term, transit signal prioritization could speed up travel time between 5% and 15%.  In the short term, these improvements will help riders reach their destinations with minimal delay.

The signal priority for the three bus routes is expected to be in place in the beginning of 2023.  Based on how those routes perform, prioritization could  benefit other routes as well in the future.