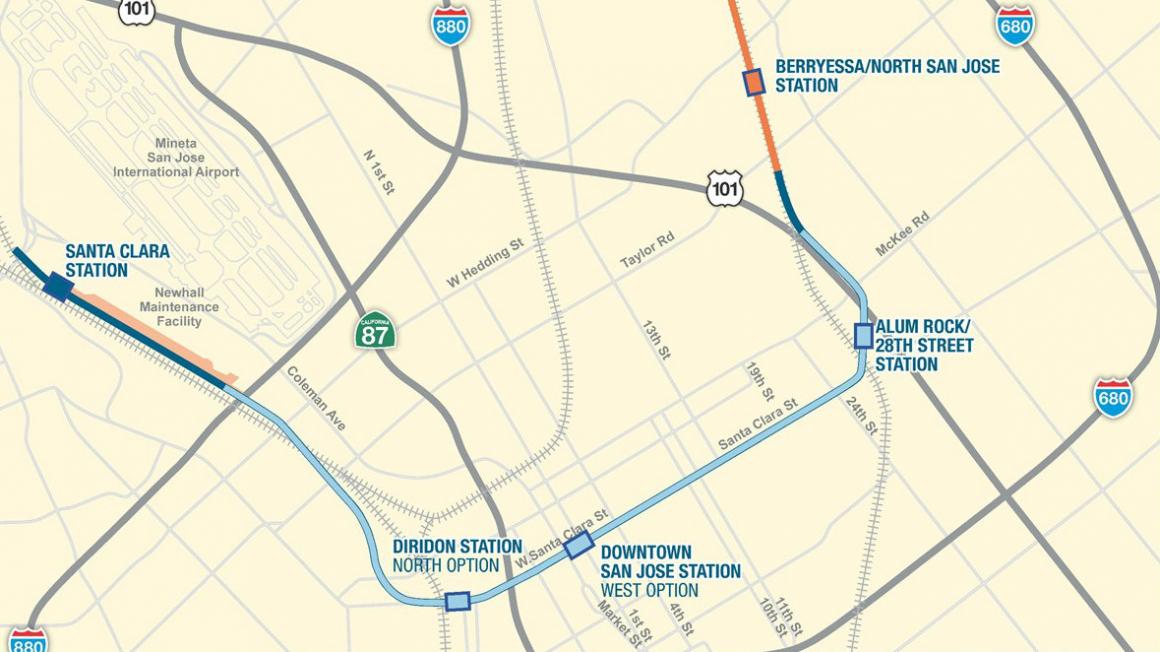 VTA was notified today by the Federal Transit Administration (FTA) that a Record of Decision (ROD) has been issued for the next six miles of VTA’s BART Silicon Valley Extension into downtown San Jose and Santa Clara (Phase II). Receiving the ROD is a required next step for projects seeking federal funding, making this a critical milestone. It signifies that VTA satisfied the requirements of the National Environmental Policy Act (NEPA) for the $4.7 billion project.

“This Record of Decision by the FTA puts us in a strong position to secure the final federal funding necessary to extend BART all the way to Downtown San Jose and Santa Clara,” said VTA Board Chair Sam Liccardo. “As we come one step closer in our two-decade campaign to complete a ring of rail around the Bay, I’d also like to thank my predecessors – Mayors Ron Gonzales and Chuck Reed – as well as leaders like Carl Guardino at the Silicon Valley Leadership Group who’ve played instrumental roles in advancing this transformative project for our residents.”

The ROD is issued once extensive environmental analysis and public review is completed, which is documented in the Final Supplemental Environmental Impact Statement (FSEIS). The FSEIS assessed alternatives considered, public comments made during the draft environmental document phase and responses to those comments, and provides the basis for the decision and measures required to mitigate potentially adverse effects.

Now that a ROD has been issued, VTA will begin the engineering phase of the project and apply for federal funding.

“As an unwavering supporter of the full vision for BART Silicon Valley, I know how critical this milestone is in our efforts to connect the San Francisco Bay Area’s three largest cities that are experiencing tremendous growth,” said California State Senator Jim Beall. “It is important that we continue to work on the federal support and ensure the project is built on time and on budget.”

Construction is planned to start by 2021 with passenger service by 2026, serving a projected 52,000 weekday riders by 2035. Once constructed, the extension will be operated by BART, as part of its regional rail system.