END_OF_DOCUMENT_TOKEN_TO_BE_REPLACED

This video provides an overview of the project alignment including concepts under development. Elements are subject to change. It should be noted, certain design elements may require further environmental analysis under CEQA/NEPA, which, to the extent required, would be completed prior to approval by VTA of any contract that includes any such design elements.

Phase II is estimated to carry 52,000 passengers to destinations throughout the Bay Area by 2035. Completion of the project will finally "ring the bay" with frequent rail service.

Phase II is planned to include: 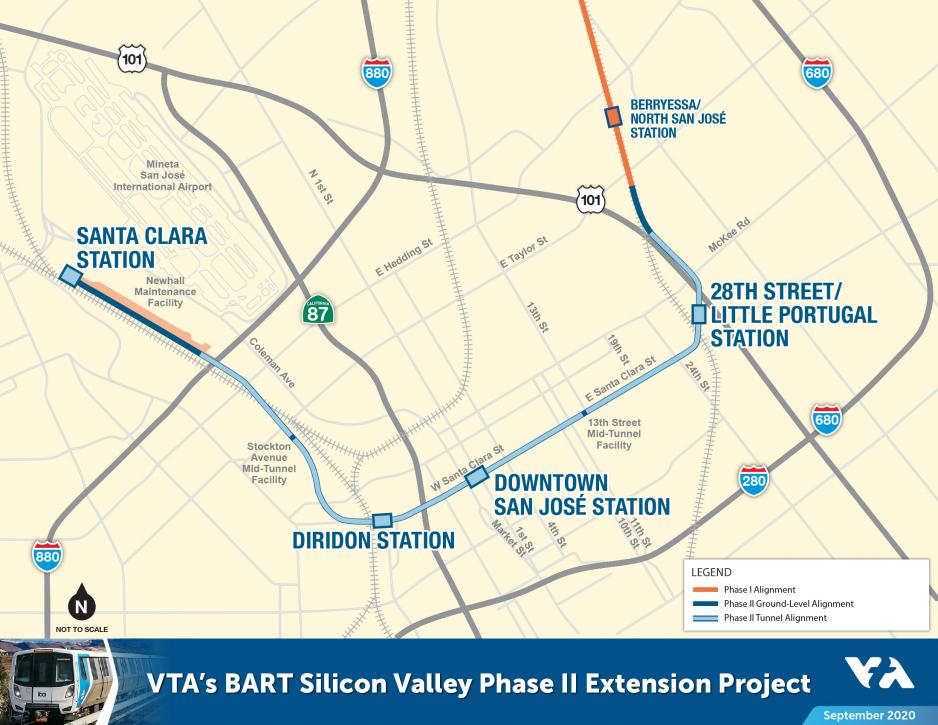 In order to make the Phase II project a reality, a diverse funding strategy has been identified for this project with varied revenue streams to support it. Voters have approved multiple local and statewide measures, showing their support for bringing BART service into Santa Clara County. 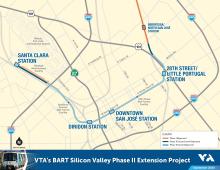