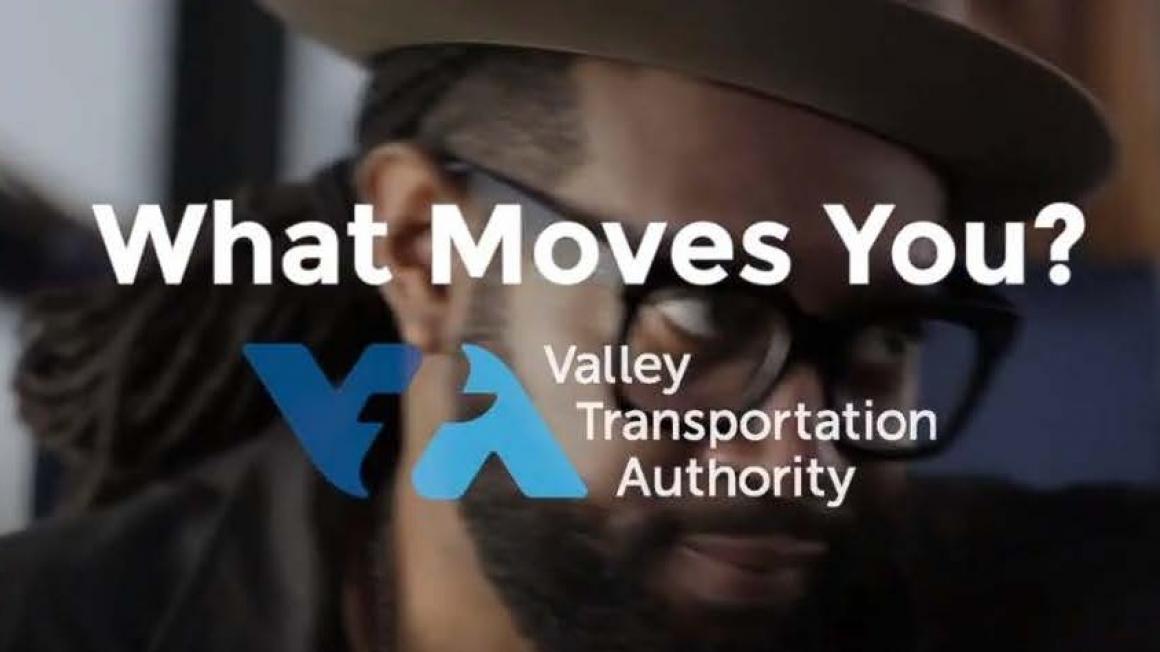 What moves you?  That’s the question we want to put to our current and future riders at VTA. Of course, that question can be interpreted in multiple ways, and staring next month, we’re engaging the help of local poets and artists to bring the interpretation to life.

McGee (@mightymikemcgee, mightymikemcgee.com) is a ‘stand-up poet’ who has been performing spoken-word for over two decades. For the past three years, he has hosted an open mic every Thursday at Caffe Frascati in downtown San Jose. He has received countless awards for his work.

Tshaka Campbell (@pappatshak, tshakacampbellpoet.com) is an internationally accomplished poet, artist and performer. He is a husband and father “inspired by life,” and continues to ask the world to “Listen Different.”

In addition to :30 commercials, you’ll see McGee’s and Campbell’s work on posters at various bus shelters around our system.

And each month beginning in October, we’ll feature a different “Artist of the Month” highlighting artists whose work is emblematic of VTA. The first featured “artist of the month” is Mahoney Perkins, a bay area painter and printmaker whose work you can see in our Take One pamphlets available on every bus and light rail train.

Perkins studied at The Rhode Island School of Design and co-founded the Urban Folk Art Studios art collective in Brooklyn, NY. Currently busy raising his 3 children while working at Ridge Vineyards, Mahoney enjoys sketchbook drawing on his daily commute on the VTA light rail. He has recently shown his work at Academic Coffee, Chromatic Coffee and Camino Brewery in downtown San Jose.

So keep an eye out as we blend poetry, art and transportation on our journey to find out “what moves you.”