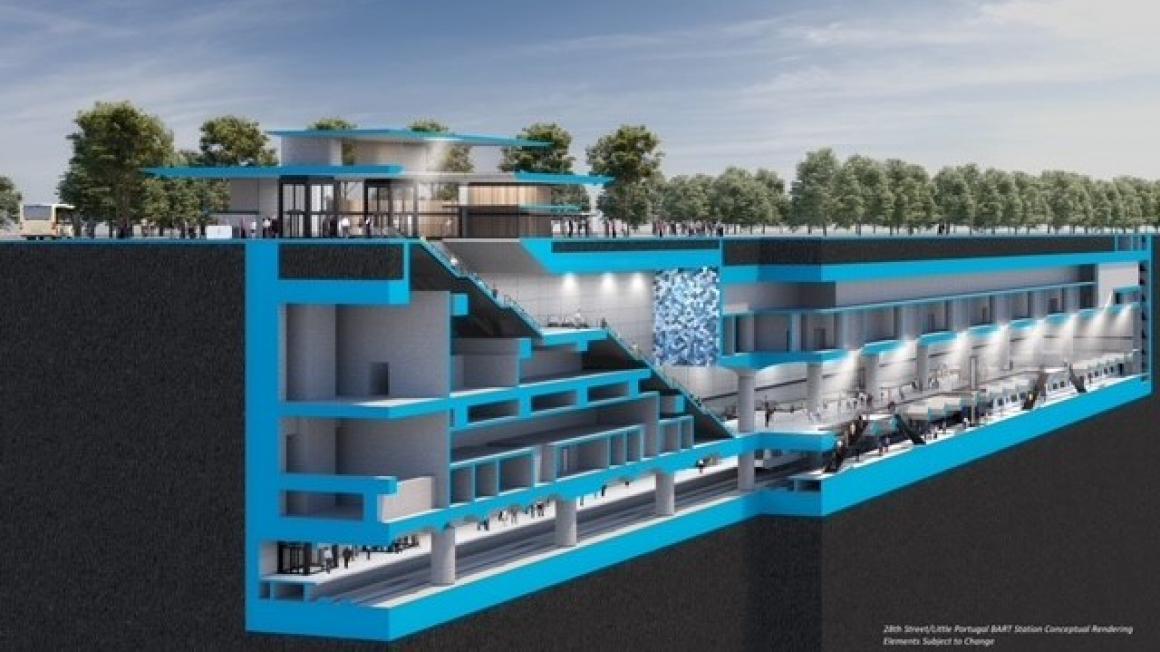 The BART Silicon Valley Extension into Downtown San Jose and Santa Clara is moving forward with two critical milestones achieved this week. The Project has advanced to the final step in the application process for the Federal Transit Administration’s Expedited Project Delivery Pilot Funding Program (EPD), and selected three joint ventures to submit proposals on the estimated $2 billion track and tunnel work contract.

VTA has applied for $1.735 billion in federal funds through the EPD Program which will complete the funding plan to build the Phase II Project.

“Advancing to the next step in the evaluation process reaffirms that VTA has successfully demonstrated the merits and management of the project and has met all the requirements to be considered for funding through the program," said VTA Board Chair Glenn Hendricks.

Following this final step in the expedited evaluation process, the FTA will notify VTA in writing whether the project has been approved for a Full Funding Grant Agreement, which is a contract that outlines the terms and timing of the funding. The newly established EPD program aims at increasing innovation, improving efficiency and timeliness of project delivery, and encouraging new revenue streams.

In December, 2020 the Phase II Project issued a Request for Qualifications from the contracting community for the Tunnel and Trackwork Contract, one of the four contract packages for the Project.  The VTA evaluated the robust submittals which included information on past tunnel and rail projects, proposed management teams, project approach, and safety plans and records.  Interviews were also conducted with the prospective teams.  In response to the evaluation the following teams have been selected to the Short-List (in alphabetical order):

The successful team from the next phase of the Progressive Design Build Tunnel and Trackwork contract package will advance design and ultimately construct the 5-mile, 43 foot diameter internal diameter tunnel, underground tunnel to station adit connections, ventilation and emergency egress facilities and three underground station support-of-excavation substructures. The other three contract packages which will be delivered via design-build include the contract for the build out of three underground stations with above ground entrances and ticketing, the systems contract and the above ground station and rail yard.

The six-mile, BART Phase II Extension Project will extend southwest from the recently opened Berryessa/North San José Station with three more underground stations in San Jose and one above-grade station in Santa Clara adjacent to the existing Santa Clara Caltrain Station.  Five miles of the alignment will be underground, with a single bore tunnel containing side-by-side and stacked tracks and platforms. Construction is planned to begin in 2022, with substantial construction completed by 2028, followed by system testing and then passenger service in 2030.