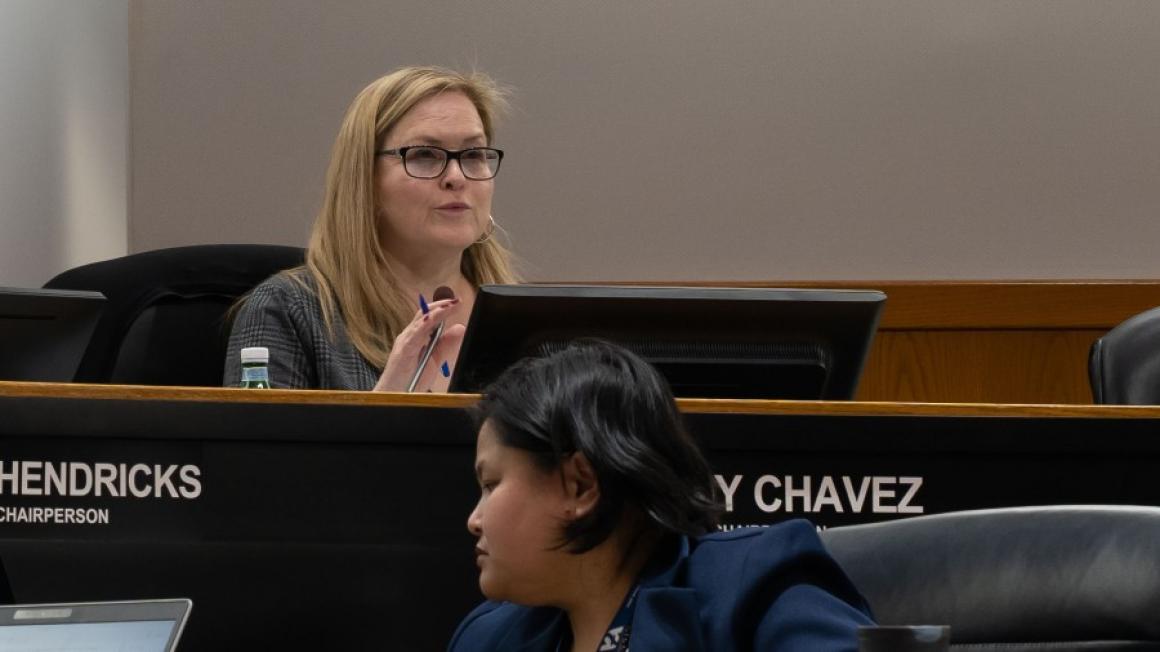 As Santa Clara County Supervisor Cindy Chavez takes on two leading roles this year, one as President of the Board of Supervisors and the other as Chair of VTA’s Board, she’s aligning some of her priorities for both bodies. The common denominator is addressing the climate change crisis.

“This is an opportunity for us to have courageous conversations that really move us forward,” said Chavez at the VTA Board of Director’s meeting on January 9, her first as the new chair. This is the third time Chavez has served in the role of Board Chair in the past 15 years. Sunnyvale Mayor Glenn Hendricks takes on the role of Board Vice Chair this year.

Among Chavez’s priorities is addressing climate change in an urgent and tangible way. Recently, the County Board of Supervisors declared a climate emergency, and VTA is poised to do the same, as a resolution makes its way through the consideration of advisory committees and on to the board in the coming months.

“We are going to have to be focused on ridership and the sustainability of this organization. We have to get people on public transportation,” said Chavez. She pointed to a need to “be flexible” with 2016 Measure B funds to ensure VTA is meeting the needs of the community and the environment.  “We don’t have enough people riding public transportation, we’ve got to be able to respond, and we do have a climate emergency and we’re going to have to throw everything we can at resolving it.”

On December 28, VTA rolled out a revised service plan that focuses on frequency of service. Now, 90% of our resources are focused on bus lines with the highest ridership that run every 15 minutes or better. The VTA Board prioritized this approach in order to increase ridership and make transit more attractive to those who would prefer to walk further to a bus stop that sees more buses more often.

Also among her priorities, recruiting and retaining more women in transit jobs such as bus and light rail operators and mechanics. “VTA is a great place to work,” Chavez said, “and these are very, very livable wages, it’s a great place for women to be able to make a living.”

Chavez called for forming alliances with partners at an accelerated rate that include cities, the County, businesses and regional transit partners. “We need to think about partnerships in an urgent way,” said Chavez, “to take a coalition of the willing and start digging in on a whole bunch of different issues,” including making changes to land use and accepting improvements such as Bus Rapid Transit.

Chavez told the board she is excited to take on these challenges and urged her colleagues to dig in. “I’m going to press us to do everything all at once,” she said.” “Doesn’t that sound great?” she added with a smile.

2016 Measure B
Board of Directors
Budget
Congestion Management Program
Transit