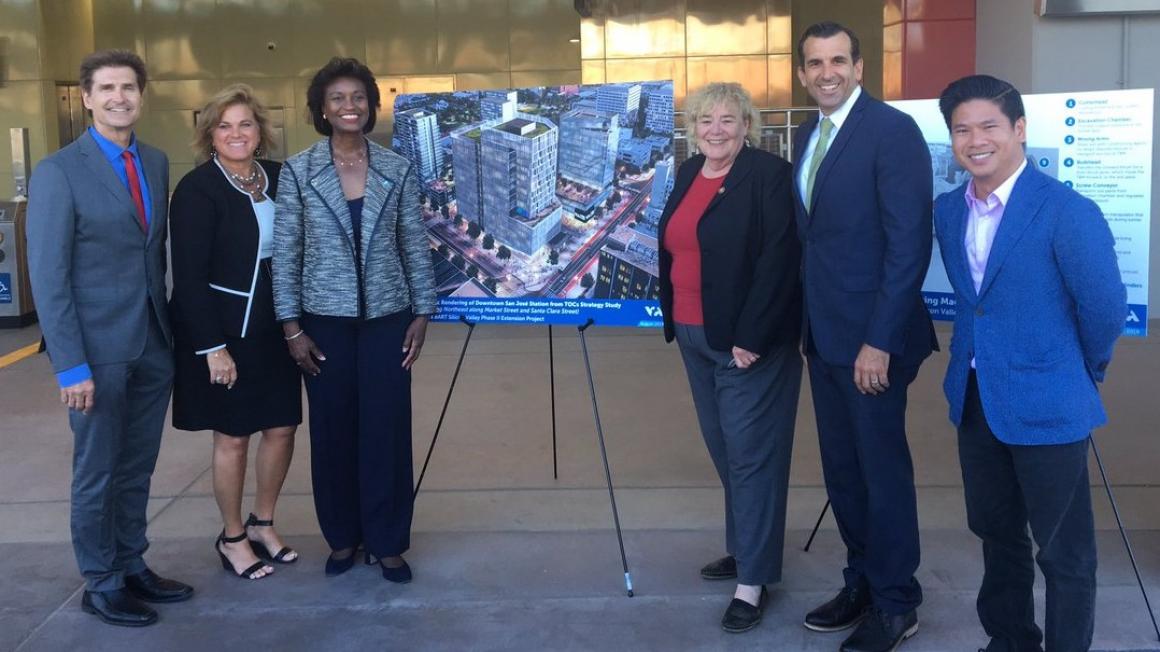 Administrator Williams made the announcement at the Berryessa Transit Center, one of two stations VTA has built for the BART Silicon Valley Extension. The Berryessa station and the BART Station in Milpitas are set to open for passenger service at the end of this year.

The allocation through the Expedited Project Delivery Pilot Program streamlines project delivery allowing VTA to fast track its funding process by more than 14 months. With innovative partnerships and funding from a variety of sources, projects can be completed more quickly, making better use of taxpayer dollars and bringing new transit service to growing communities.

To receive funding under the pilot program, VTA must fund at least 75 percent of the project cost through local, state and other non-federal contributions, including a public-private partnership. 2000 Measure A and 2016 Measure B, passed by Santa Clara County voters, and SB 1 are also providing funding for the $5.81-billion-dollar Phase II project. In turn, FTA will expedite the review and evaluation of application materials under a streamlined review process as authorized by law.

The BART Silicon Valley Phase II project is a 6.5-mile, 4-station extension of the BART system from the Berryessa Station through downtown San Jose to the City of Santa Clara.