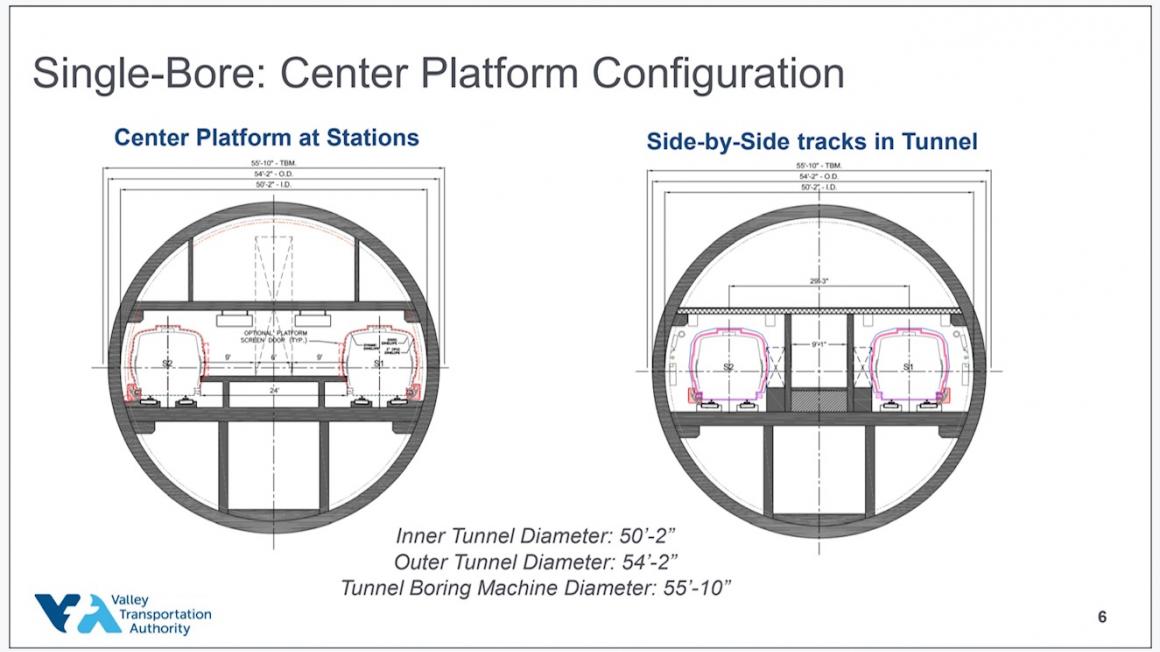 The 10-mile Berryessa Extension is on track to open at the end of the year. Throughout the summer VTA and BART conducted testing of the system. This testing is for all aspects of the future rail service and facilities and includes train control, traction power, communications, elevators, escalators, ventilation and emergency systems such as fire alarms and sprinklers.

Prior to the completion of testing, which is expected to continue through October, BART plans to begin operator training and simulated service which mimics the operations and schedules of the future service. Before passengers can begin riding the trains, the system must also receive a safety certification from the California Public Utilities Commission (CPUC), the state’s regulatory agency for utilities and rail service. VTA plans to submit all required documentation to the CPUC in late November or early December.

Concurrently, VTA is advancing the design for the 6-mile, four station, second phase of the BART Silicon Valley program which includes the first of its kind (in America) single large bore tunnel for a transit system.  The approximate 56’ diameter tunnel will traverse five miles under downtown San Jose, mostly along Santa Clara Street, and will rise to street level in the city of Santa Clara. Trains going in both directions will be side by side in the large tunnel and passengers will board from 700 foot long platforms located between the tracks. Over the next 12 months as design and engineering progress, a more defined scope, schedule and budget will be established.

VTA has also just completed a very comprehensive Transit Oriented Communities Strategy Study with the ultimate goal of ensuring local planning and policies for future development in the station areas enhances quality of life and a once in a century investment of transit infrastructure. The opportunities to transform communities into thriving, culturally rich places where people want to live, work, shop and play without relying on automobiles, is a primary reason the project has been selected as the first in the federal government’s expedited project delivery funding pilot program. On August 28, 2019 VTA received an allocation of $125 million through this program and plans to submit an application for $1.4 billion through the program in early 2020.

VTA will advance the engineering through 2020 and early construction works are planned to begin in 2021.