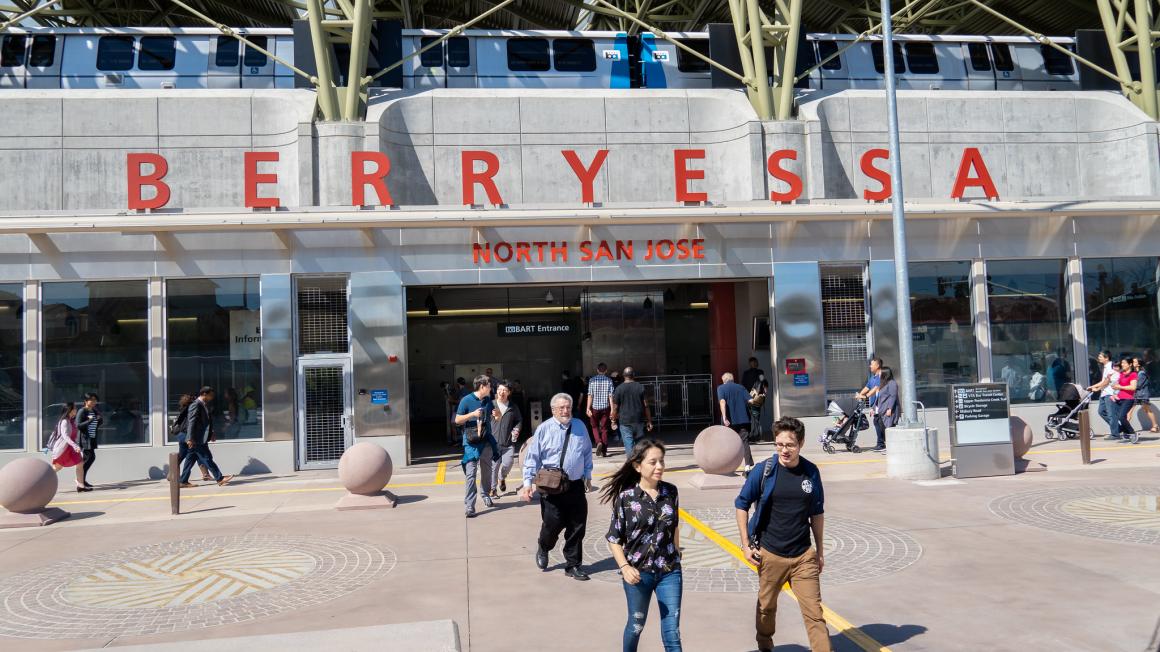 We are excited for the upcoming opening of the Berryessa and Milpitas Transit Centers, which will provide service for BART’s Orange and Green Lines. Getting to and from the transit centers is no sweat, whatever your mode of transportation. Both transit centers have been built to support all travel modes including walking, bicycling, transit, and automobile.

Pedestrians can reach Berryessa and Milpitas Transit Centers from several access points. Both sidewalks and shared use paths bring pedestrians to Berryessa. In addition to the sidewalks surrounding the Milpitas Transit Center, a pedestrian bridge connects the Milpitas Light Rail Station with the transit center and a second pedestrian bridge crossing Montague Expressway is currently being constructed and should be in place by late summer.

You can ride your bike to both the Milpitas and Berryessa Transit Centers using bike lanes, cycle tracks and trails. Once there, you can either park your bike at the transit center or take it on the train or bus and use it to arrive at your destination. Visit BART’s guide if you plan on taking a bike on a BART train.

With a combination of standard outdoor U-racks, outdoor bike lockers and indoor bicycle stations, each transit center has capacity for more than 200 bicycles to be parked. Outdoor lockers and indoor stations require users to have a prepaid BikeLink card.

VTA is currently running a reduced service, which impacts transit routes and schedules. Visit VTA’s Trip Planner to determine your best options to get to/from the Berryessa or Milpitas Transit Centers.

There are multiple options for those using cars to get to and from the centers. Designated pick-up/drop-off locations are provided for carpoolers and for taxi/rideshare services. Paid parking is also available. You may pay for parking in three ways: online, on your smartphone via the Passport app, or in-person at pay stations located in parking garages and near the entrances to the surface lots. For more information on parking, visit the Phase I Parking page.