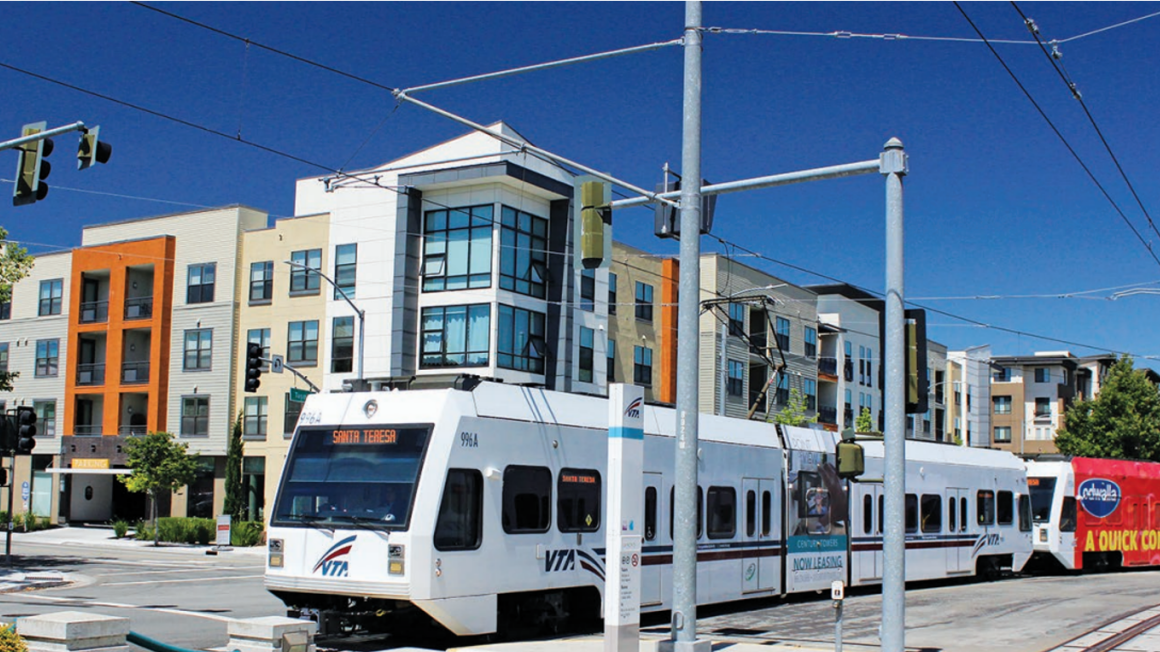 UPDATE: At the March 3 VTA Board meeting, the VTA Board of Directors to voted to authorize a Release for Offerings (RFO) for potential project developers for the Winchester Station Transit-Oriented Development.

Momentum continues for several Transit-Oriented Development (TOD) projects, with several going to VTA’s Board of Directors at different stages of approval. Here’s where the latest moving and shaking is happening in our effort to create equitable, mixed-use housing near transit.

The furthest along of VTA’s housing projects, Tamien Station TOD is being developed by UrbanCo-Tamien LLC, a partnership between The Core Companies and Republic Family of Companies. Development applications are under review by VTA and the city. The project calls for 569 units, 135 of which will be affordable housing. Construction is estimated to begin in early 2023, starting with the affordable units.

Not far behind the Tamien Station TOD, Blossom Hill Station’s developer Green-Republic Blossom Hill LLC will be building a vibrant, mixed-income development. This project will create 328 units, 89 of which will be designated as affordable housing. The development will also include 15,000 square feet of retail and commercial space, a new transit plaza, and pedestrian access improvements along Canoas Creek Trail.

Development applications are under review by VTA and the city of San Jose. We anticipate the city to releasing the Draft Environmental Impact Report for public review in the coming weeks, with project construction to begin in early to mid-2024.

At the March 3 Board meeting, staff will ask the VTA Board of Directors to authorize a Release for Offerings (RFO) for potential project developers. This project is one of the sites identified in partnership with the Santa Clara County Office of Supportive Housing, which manages the Santa Clara County Measure A Program. If approved by the Board, the RFO will be released to affordable housing developers that have been pre-approved by the Office of Supportive Housing.

Once developers submit their proposals, a review panel consisting of VTA and County staff and a community member will review the submissions, hold developer interviews, and make a recommendation to the Board on which developer to select for the project. That recommendation will go to VTA’s Board in late spring/early summer.

Another item on the docket for VTA’s Board this week is selecting a developer for the future Capitol Station TOD, another site in the County partnership. After a review panel consisting of VTA and County staff along with a community member reviewed proposals and conducted developer interviews, the panel has chosen to recommend MidPen Housing’s proposal to VTA’s Board. If approved by the Board, staff will work with the developer to establish an Exclusive Negotiations Agreement, followed by community outreach for the public to meet the developer and participate in a station access study.

VTA’s RFO has been sent out and developer proposals are currently being examined by a review panel. Their developer recommendation will likely go before the Board for approval in April.

Check back for further updates on these important housing initiatives.