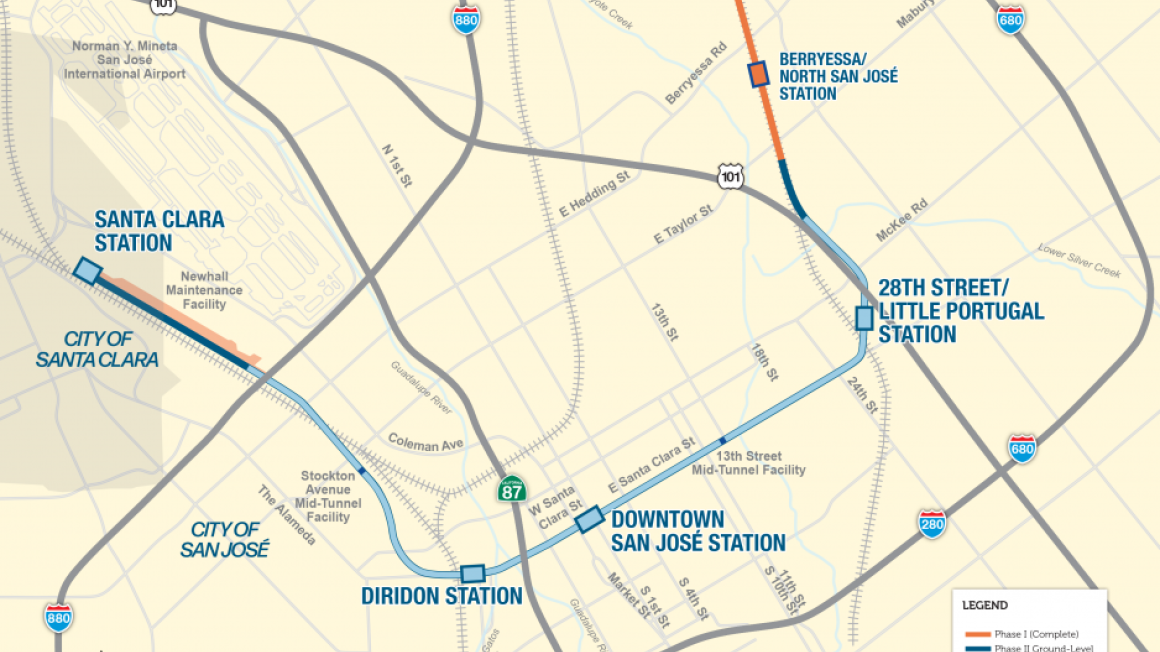 Of the allocations for transit, $1.5 billion is dedicated to projects in Northern California. The budget sets aside no less than $900 million for projects like VTA’s BART extension which previously received state Cap and Trade funding.

This additional funding is key to securing a significant federal investment in the project that will extend BART further into Silicon Valley adding three stations in San José and one in Santa Clara.

“I’m grateful to Governor Newsom and state leadership for their ongoing commitment to critical transit projects. This funding will bring San Jose one step closer to completing a world class regional transit system, drastically reducing our GHG emissions and providing transportation options to those that need it most, said San Jose Mayor and VTA Board member Sam Liccardo, a steadfast supporter of the BART Silicon Valley Project.

“VTA is encouraged to see state leaders coming out strong for public transit and we are optimistic our important projects like BART phase 2 will benefit from that support,” said VTA General Manager/CEO Carolyn Gonot, who, earlier in her career, headed the BART Silicon Valley Project for VTA.

The budget package also provides critical support for other types of transportation projects, including the Active Transportation Program, created to encourage walking and biking; significant investment in zero emission transit vehicles and fueling infrastructure; and “Major Project Development Reserve" to provide for multiyear grants for capital projects and programs in earlier stages of the federal project development process.