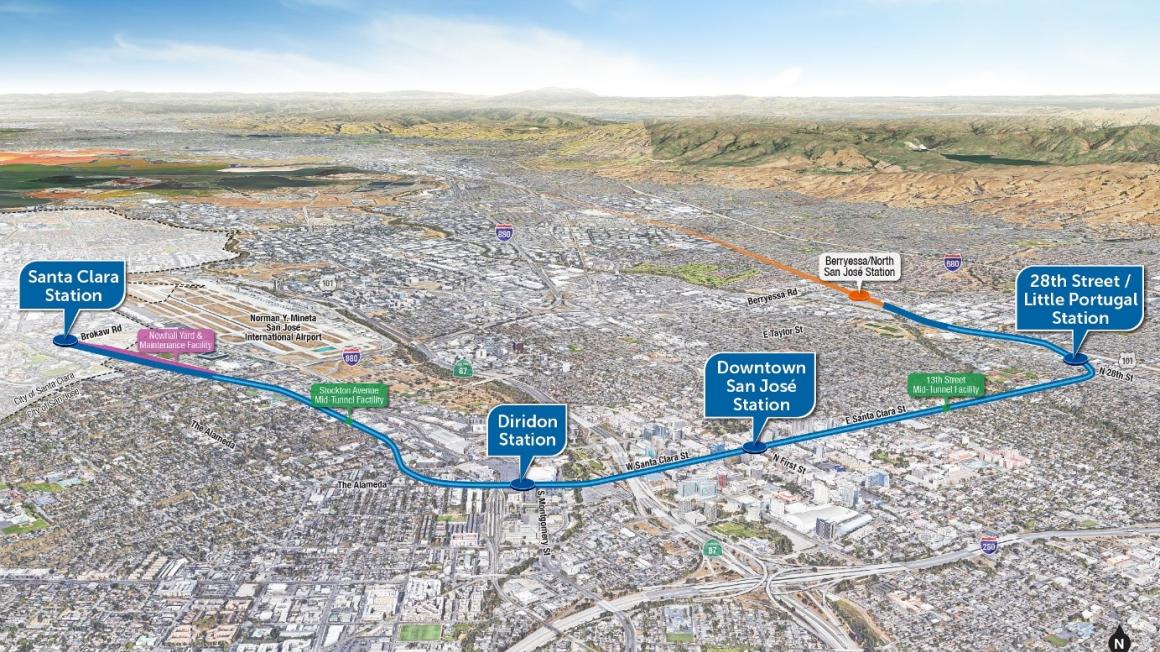 As a part of President Biden’s upcoming proposed budget, VTA’s BART Phase II Extension Project is designated to receive an additional $200 million in federal funding—the third allocation planned to be provided under the federal Expedited Project Delivery (EPD) Pilot Program. As one of only two projects nationwide to be allocated EPD funding, the Phase II Project represents the country’s critical need for increased transit investment. This latest allocation, which brings VTA’s federal funding total under this program to $425 million, demonstrates the federal government’s confidence in VTA’s ability to successfully complete the largest transportation infrastructure project in Santa Clara County history.

Over the past few months contract packages have continued to progress forward. The final draft RFP for CP1 was issued in April 2022 and the final RFP is anticipated to be issued in late Summer 2022. Additionally, in May, VTA’s Board of Directors gave the General Manager authority to negotiate the initial Stage 1 services contract for CP2 and VTA began negotiations with the joint venture of Kiewit Shea Traylor (KST).  A Limited Notice to Proceed to KST is planned to be issued this week, which is a major milestone for the project.  Stage 1 services include a review of proposed innovations, advancing design, and construction planning, among others.

Furthermore, the CP3 draft RFP was issued March 2022 and the final RFP is planned to be issued in Summer 2022. Design coordination with the City of San José, utilities and other key stakeholders for CP4 is also ongoing while technical documents are being developed to support other Contract Packages.  The CP4 solicitation has been paused and a new solicitation is under development and targeted for a Q2 2024 award. 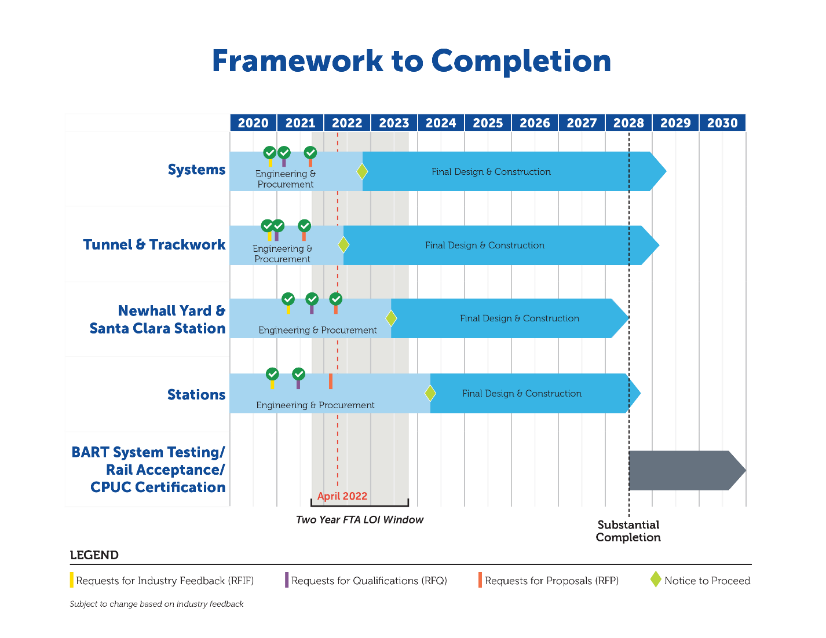 VTA is actively seeking the community’s assistance to successfully deliver VTA’s BSV Phase II Project. Properties within close proximity to future construction activities of the Project were sent a mailer encouraging them to provide contact information and property information through a brief online survey. Respondents will be provided with important updates on nearby construction activities and other Project programs throughout the life of the Project. Early construction preparation will begin in summer 2022, followed by initial construction-related activities anticipated to begin in 2023. The survey and additional information can be found at www.vta.org/bsv2updates.

In addition to these activities, there are some upcoming project and community working group meetings that you are invited to attend.

Aside from the items shared above the project team has been working to improve the intuitive flow of using VTA’s BART Phase II Project Website. The website team has restructured some of the website pages, content layout, and integrated project updates into the relevant sections. In addition, a special events/request form is now available for organizations to request a community group presentation and a new hotline number, specific for VTA’s BART Phase II Project, 408-321-2345 can be accessed to inquire and ask project related questions.

As we look out into summer, we are also excited to announce the continuation of tabling participation in summer community events starting with the Día de Portugal Festival 2022 this Saturday, June 11thand the coordination of a VTA Community Social on Saturday, August 27th. The details of future engagement efforts will become available in the coming months. Please stay tuned - we hope you will join us!

2000 Measure A
2016 Measure B
Board of Directors
Construction
Transit