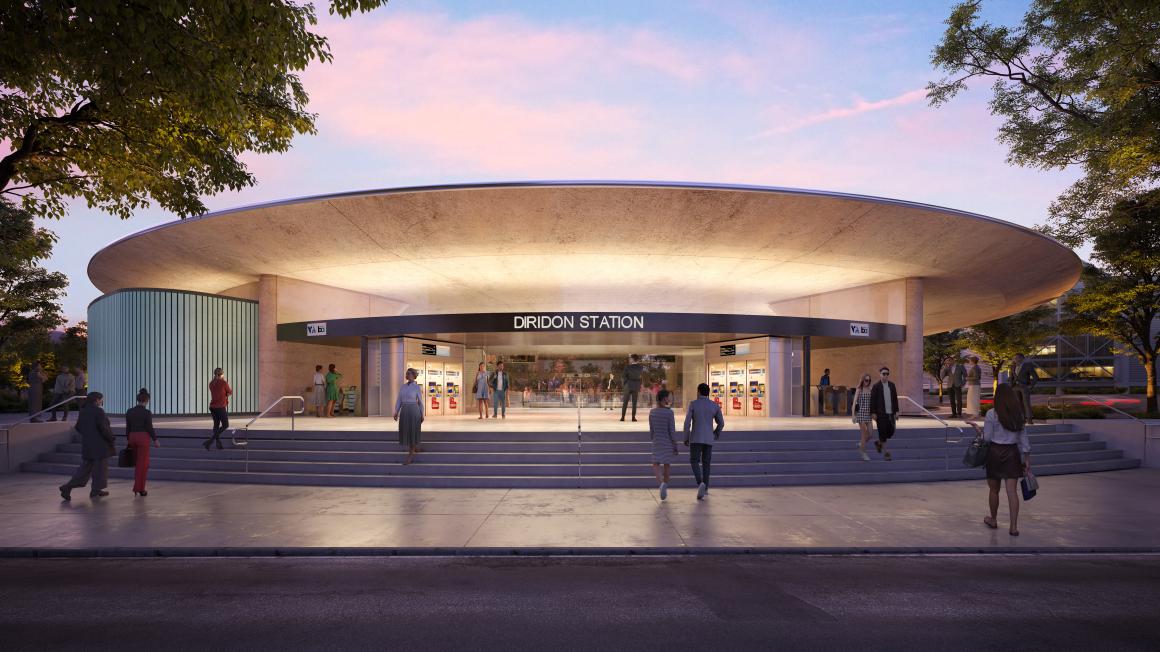 The Diridon BART station will be at the center of the Diridon Station area and Google's Downtown West Project, which are slated to bring over 14 million square feet of new office space, over 13 thousand new housing units, a hotel, and over 1 million square feet of active retail, cultural, and arts uses. Many existing and future rail, bus, and other multimodal facilities and services converge in the Diridon Station area – it is one of the most important transportation hubs in the western United States. The Diridon BART station is expected to accommodate around 10,000 daily riders in 2040 – and like all of the other stations that are part of VTA’s BSV Phase II Project – the Diridon BART station will have elevators, escalators, and stairs to help move people throughout the station.

Additional information about the Diridon BART station, especially about the details of its design, can be found on its station page on the BSV Phase II Project website.

The Diridon BART station is also very close to many other transit services, including the many VTA bus routes that run along W Santa Street, VTA’s light rail (which has stops near San Fernando Street and Delmas Avenue), and transit services at Caltrain’s Diridon Station, which includes the historic San José Diridon Station and is served by many transit systems including VTA bus and light rail. Although the Diridon BART station is very close to Caltrain’s San José Diridon Station, construction of VTA’s BSV Phase II Project is expected to have no impact to the historic station.

The future of Caltrain’s Diridon Station is being planning via the Diridon Integrated Station Concept (DISC) effort, which is a joint effort of the DISC Partner Agencies: VTA, the City of San José, Caltrain, the California High-Speed Rail Authority, and the Metropolitan Transportation Commission (MTC). The DISC effort and VTA’s BSV Phase II Project are interrelated yet separate efforts.  VTA’s BSV Phase II Project is in the process of hiring contractors to build the Project, and the DISC effort is still in its initial planning stages.

The current concepts and access improvements for the Diridon BART station were developed to be consistent with applicable standards and requirements and to inform contractor proposals. Many of the concepts were developed in partnership with the City of San José and the community, including the station aesthetic and access and circulation concepts. Community engagement activities that informed the current station concepts included quarterly Community Working Groups (CWGs), other public meetings, and the station aesthetics effort that was conducted in 2021.

Broad and in-depth community engagement efforts identified that the Diridon BART station should incorporate teal – the San José Sharks’ team color – as its signature color to help the station integrate with its surroundings. The Diridon BART station is adjacent to the SAP Center, where the San José Sharks professional ice hockey team plays, and the SAP Center often features teal on its exterior. 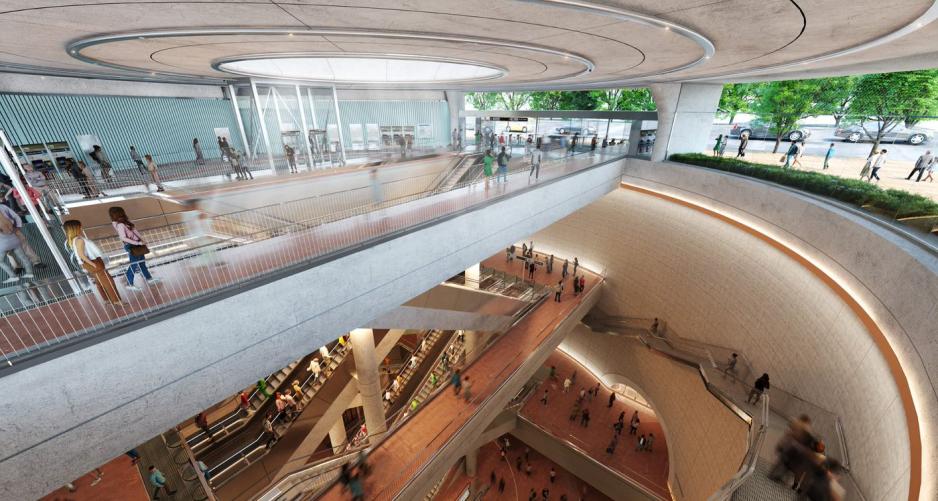 VTA also plans to deliver other nearby and connecting accessibility and mobility improvements for people who walk, roll, and take transit to and from the station. These improvements are being refined and coordinated in partnership with the City of San José and Google’s Downtown West, especially for the future of Santa Clara Street in front of the station.

Access will be maintained throughout the area during construction, including to Caltrain’s Diridon Station and the SAP Center.

VTA’s BSV Phase II Project team has also heard that the station can do an even better job of integrating with its surroundings, and we are working with the City of San José, Google’s Downtown West, the DISC Partner Agencies, other adjacent developments, and other stakeholders to determine the right ways to further integrate the station. For example, through work that included the City of San José and VTA’s Transit-Oriented Development team, the Request for Proposals (RFP) that will be released for this station will include options that allow VTA and future development partners to integrate transit-oriented development (TOD) into the station block. TOD is expected to be included in the station block, which is bounded by West Santa Clara, Montgomery, Cahill, and Post streets.

VTA’s BART Silicon Valley (BSV) Phase II Project, including the Diridon BART station, will be a catalyst and flagship for the innovative, equitable, and urban downtown environment that is envisioned and planned for the Diridon Station area. 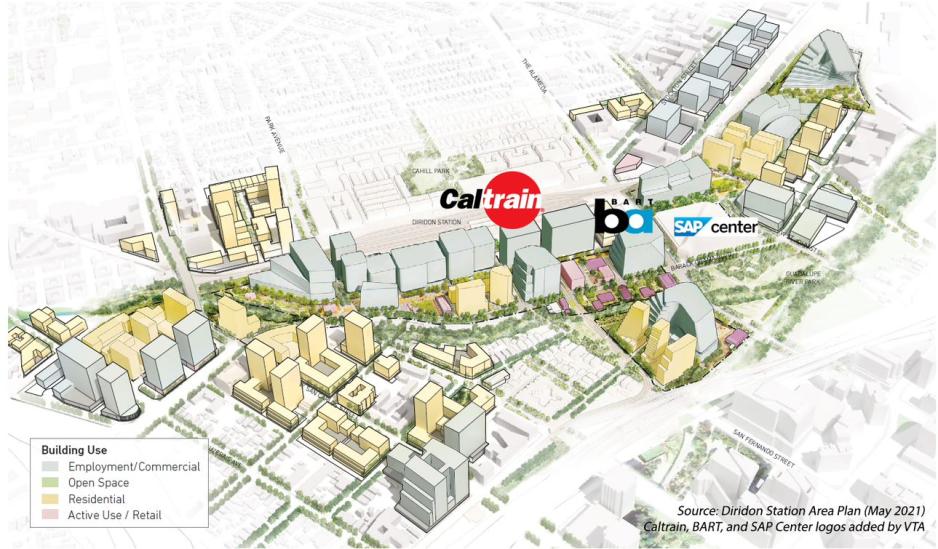 Please visit the BSVII Project webpage for more information about the overall project, including information about the Project’s benefits, how the stations have been designed, timelines for project delivery, and how the community has been and will be engaged to plan, design, and deliver this transformational project that will ring the bay with fast and frequent passenger rail service.